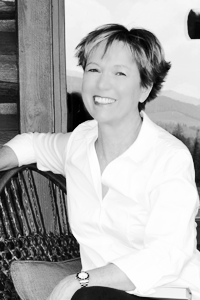 Janet Fox writes award-winning fiction and nonfiction for children of all ages. Her young adult debut novel, Faithful, was an Amelia Bloomer Book List pick, and was followed by a companion novel, Forgiven, a Junior Library Guild selection and WILLA Literary Award Finalist, and Sirens. Janet is a 2010 graduate of the MFA/Writing For Children and Young Adults program at Vermont College of Fine Arts, and a former high school English teacher. She lives in Bozeman, Montana, where she and her family enjoy the mountain vistas.

What inspired you to write this story? Was there a specific impetus or was it a drawn-out process?

This is such an interesting story. I’m going to call it my “magical moment” – you’ll see why.

Elsewhere on this tour I described how a friend of mine posted a picture (on Facebook) of a piece of jewelry called a chatelaine. It reached out and grabbed me, and I copied the image to my desktop and went about my business.

Later that day my agent emailed me out of the blue and asked me if I had a concept involving a piece of jewelry; an editor had asked for it, wanting to work with me specifically. Jewelry? Really? I almost fell out of my chair. I’m not really a jewelry kind of person. I said to her, “I’ll get back to you.” Then I went to work on this novel, writing furiously.

Most of the time, ideas will come to me easily; but I have to work hard to stretch the idea into a plot with a theme and a great character. This time, it was all different. The entire story presented itself in its entirety. I knew Kat; I knew what would happen to her. I knew it had to be set in a castle, and from there a castle in Scotland, and from there a castle in Scotland in 1940.

Within only a few days I’d written a good forty pages (they are still intact, in the novel), and I sent those pages to my agent, who was very excited about them. “Keep going!” she said.

Another week later and the editor who requested the novel quit her job. “But that’s ok,” my agent said. “Keep going.” By that time, nothing could have stopped me. The first draft was finished within a few months.

Now, the universe doesn’t make things too smooth. I had to write multiple revisions to get this complex story to flow. I left my original agent (in a friendly fashion, for other reasons) and had to find a new agent. There were times when I doubted I’d ever finish this novel, but there were people along the way who told me to keep going. There was and is something about this particular story that it had to come into being, one way or another.

Although the original editor didn’t pan out in the end, and I’ve changed agents since then, The Charmed Children fell into place so quickly that I’m sure it was meant to be. I do think that this is one of those magical things the universe sends along, and I’m awfully glad I was ready to receive. 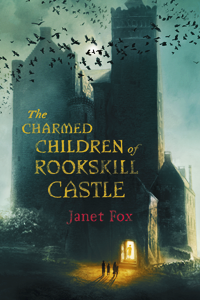 Twelve-year-old Katherine Bateson believes in a logical explanation for everything. But even she can’t make sense of the strange goings-on at Rookskill Castle, the drafty old Scottish castle-turned-school where she and her siblings have been sent to escape the London Blitz. What’s making those mechanical shrieks at night? Why do the castle’s walls seem to have a mind of their own? And who are the silent children who seem to haunt Rookskill’s grounds?

Kat believes Lady Eleanor, who rules the castle, is harbouring a Nazi spy. But when her classmates begin to vanish, one by one, Kat must face the truth about what the castle actually harbours – and what Lady Eleanor is – before it’s too late.

As an extra special bonus, PenguinTeen and Janet Fox have created twelve beautiful and mysterious videos that, when viewed together, reveal a number of tantalizing clues about The Charmed Children Of Rookskill Castle. All prior (and future) videos can be found in the complete blog tour list I’ve included below. I hope you enjoy today’s video about the seventh charm.

Don’t forget to visit the other stops on the The Charmed Children Of Rookskill Castle for reviews, interviews, giveaways, and much, much more!