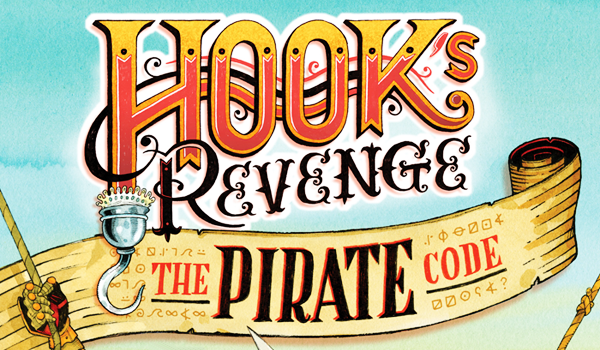 Avast, me hearties, and feast ye eyes on a jolly guest post worth its weight in pieces of eight! Okay. I promise I won’t continue to talk like that, primarily because I’m beginning to fear for my sanity and your patience. In all seriousness, it is my absolute pleasure to welcome author Heidi Schulz to Pop! Goes The Reader today as Heidi takes part in a rousing game of “Would You Prefer?”, a more sophisticated version of our modern “Would You Rather?” Heidi’s 2014 middle grade debut, Hook’s Revenge, was an utterly charming, riotous, laugh-out-loud adventure that quickly became a personal favourite of mine when I had the privilege of reading it last year. So, you might imagine my delight and excitement as Jocelyn and friends have returned with an entirely new series of escapades in the novel’s sequel, Hook’s Revenge: The Pirate Code, which is available in stores now! Please read on to learn a little more about the book and its author as Heidi answers your burning, most important questions like “Would you rather spend a day inside the crocodile with Captain Hook or with Peter Pan?” Enquiring minds want to know! 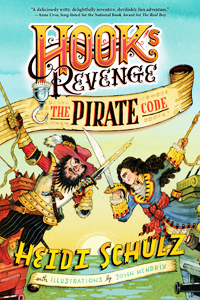 Fresh off a fearsome encounter with the Neverland crocodile, Jocelyn Hook decides the most practical plan is to hunt down her father’s famous fortune. After all, she’ll need the gold to fund her adventuring in the future. (And luckily, Hook left her the map.)

But the map proves to be a bit harder to crack than Jocelyn had hoped, and she’s convinced that the horrible Peter Pan might be the only one with the answers. Of course, he doesn’t really feel like helping her, so Jocelyn takes the only reasonable course of action left to her: she kidnaps his mother. Evie, though, is absolutely thrilled to be taken prisoner, so Jocelyn’s daring ploy doesn’t have quite the effect she’d planned for.

Along with the problem of her all-too-willing captive, Jocelyn must also contend with Captain Krueger, whose general policy is that no deed is too dastardly when it comes to stealing Hook’s treasure. And with the ever-shifting Whens of the Neverland working against her as well, Jocelyn, Evie, Roger, and the rest of the Hook’s Revenge crew have their work cut out for them.

In this rambunctious showdown between characters new and old, Jocelyn puts her own brand of pirating to the test in a quest to save her future and those she loves. 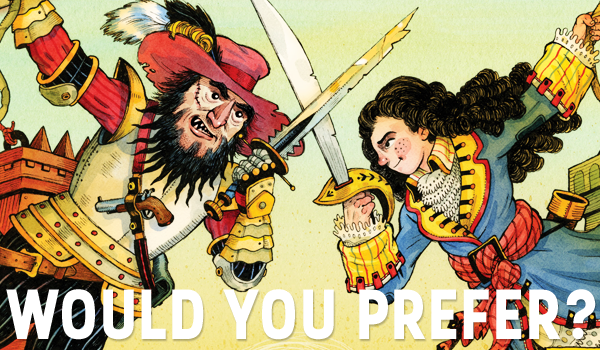 In Hook’s Revenge: The Pirate Code, readers will get to know a new character — one that I dearly love. Evie came to the Neverland to be a mother to Peter Pan, but she ends up adventuring with Jocelyn and Roger after Jocelyn kidnaps her. At first, our fearless captain intends to ransom her captive for information she needs from Peter — information that may help Jocelyn find her father’s lost treasure — but she finds that, as so often is the case, reality proves to be far more complicated than her plans.

Turns out, Evie’s continued existence on the Neverland actually poses some pretty big problems for Jocelyn, but encouraging the girl to go back home presents its own set of problems. In order to help Jocelyn figure out what to do, and without unnecessarily telling Evie things Jocelyn doesn’t think she needs to know, Jocelyn invites her to play a game of Would You Prefer — much like Would You Rather, but for the more refined.

Evie knew her question right away. “Would you prefer to belch all your words or never speak again?”
“How’s this for a reply?” Jocleyn asked. She and Roger answered in unison: “Buuuuuuurrrrrrrrp!”
See what I mean about refined?

I thought it could be fun for us to play so I took to Twitter, asking for Would You Rather scenarios to answer.

@HeidiSchulz Would you rather spend a day inside the crocodile with Captain Hook or with Peter Pan?

Ooh, good question. It’s no secret that Hook is my favorite, so I want to say him, but I think I’ll have to go with Peter. He might annoy the crocodile into letting us out sooner. (Kidding! Kind of.)

@HeidiSchulz My favorite one from middle school is still: "would you rather kick a puppy or make a little kid cry?"

Definitely make a little kid cry, preferably through my books. (Watch out for chapter 31.)

@HeidiSchulz Would you rather have the ability to teleport or be able to speak all world languages fluently?

This is tough because teleportation has long been my most wished for superpower. However, the languages of the world is tempting. Think how many new stories I could hear! Languages…but I hope one of you will take pity on me and build a teleporter I can use.

@HeidiSchulz Would you rather have Dumbledore or Gandolf on your side?

This question breaks my heart. I’m going to say…Gandolf. Both wizards were attempting to use their powers and influence to save the world. Both loved the young person, tasked with an impossible mission, they mentored. But (oh man, more informed geeks than I might debate this with me) I feel like Gandolf was more honest with Frodo than Dumbledore was with Harry. (Ouch. My feels.)

@HeidiSchulz Would you rather live in a sewer or on the moon without the internet?

The sewer. It’d be gross, smelly, dark, and dank, but it worked for the Ninja Turtles, so why not me?

@HeidiSchulz Would you rather read the book or watch the movie?

If I could only pick one, then I’d read the book (but I really do love doing both).

@HeidiSchulz Would you rather have Wonder Woman's golden bracelets or lasso?

I love Wonder Woman! When I was little, I would put on my WW Underoos and watch the show, sometimes pretending to be her, other times pretending she was my mom. Both items are really cool, but I’m not sure I would want to force people to tell me the truth. I’d rather believe they already do. Plus, the bracelets look really cool.
Bracelets.

@HeidiSchulz Would you rather die of cuteness from a baby bunny or a clumsy puppy?

@HeidiSchulz Would your rather live without elbows or without knees?

Tough call. I’m assuming my limbs would stay the same, but with no joint to bend? In that case, I’ll go with no knees. Otherwise feeding myself would be very difficult (and I really love to feed myself).

Rubber skin. I’m kind of vain about my hair. Plus, maybe fewer wrinkles that way?
No teeth. Fingers are needed to type.
Mayo. Mustard would burn…sensitive areas.

Eating grilled cheese forever sounds like a beautiful dream. Do you know how many varieties there are?
Grilled Cheese + Heidi = True Love 4 Ever 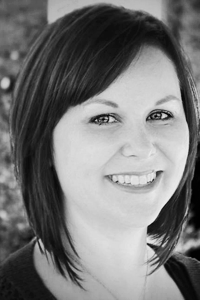 Heidi Schulz is a writer, reader, and giraffe suspicioner. She lives in Salem, Oregon with her husband, co-captaining a crew made of their teen daughter, a terrible little dog, and five irascible chickens. Her debut novel for middle grade readers, Hook’s Revenge, published by Disney • Hyperion, is available now. A sequel, Hook’s Revenge: The Pirate Code, will follow in September 2015. Bloomsbury Kids will publish her picture book debut, Giraffes Ruin Everything, in Spring 2016.