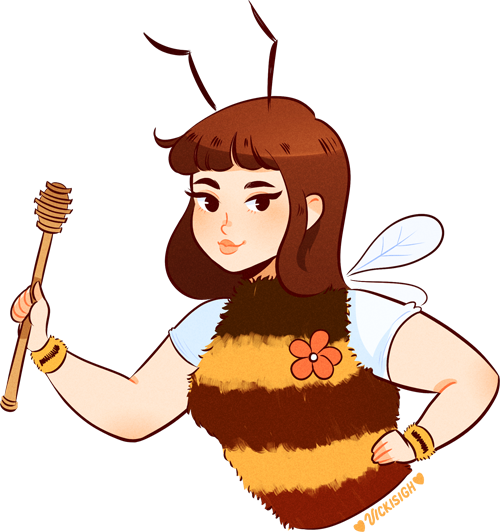 Buzzworthy Books is a semi-annual series on Pop! Goes The Reader in which my nearest and dearest friends in publishing discuss the books they’re most excited about releasing from their respective publishing houses in the following six months.

Visit Griffin Teen for all the latest news, sweepstakes, exclusives and more! 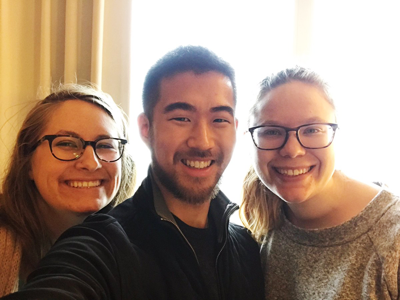 Publicist Brittani Hilles, Marketer Karen Masnica, and Digital Marketer DJ DeSmyter are the members of Griffin Teen. Brittani lived in nine different cities growing up, making Gemma Doyle, Ella of Frell, and Ashleigh Griffen of the Thoroughbred Series her best friends. She now lives with her cat Zooey, and still devours YA in her free time. Follow her on Instagram. Karen’s happiest childhood moment was when she realized she could still sleep with the bottom half of her bed filled with books. She doesn’t sleep with the Baby-Sitters Club or Nancy Drew mysteries anymore, but she still manages to reference them daily to her co-workers’ delight. You can follow her on Twitter. DJ spends more time with cats and books than with other human beings, and collects book boyfriends like nobody’s business. When he’s not being bookish, he can be found wandering the city with his camera in hand or singing semi-off-key at the piano. Follow him on Twitter and Instagram. 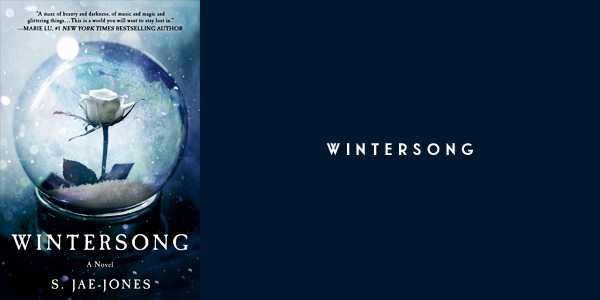 Dark, romantic, and unforgettable, Wintersong is an enchanting coming-of-age story for fans of Labyrinth and Beauty and the Beast.

The last night of the year. Now the days of winter begin and the Goblin King rides abroad, searching for his bride…

All her life, Liesl has heard tales of the beautiful, dangerous Goblin King. They’ve enraptured her mind, her spirit, and inspired her musical compositions. Now eighteen and helping to run her family’s inn, Liesl can’t help but feel that her musical dreams and childhood fantasies are slipping away.

But when her own sister is taken by the Goblin King, Liesl has no choice but to journey to the Underground to save her. Drawn to the strange, captivating world she finds — and the mysterious man who rules it — she soon faces an impossible decision. And with time and the old laws working against her, Liesl must discover who she truly is before her fate is sealed.

Rich with music and magic, S. Jae-Jones’s Wintersong will sweep you away into a world you won’t soon forget.

Yes, it’s true, we’ve always wanted to fall in love with a sexy Goblin King, but we haven’t had much luck. Luckily, we have S. Jae-Jones’s stunning debut to ease the pain. With dazzling writing, a dark and mysterious world, and a headstrong heroine who sets out to save her sister, every moment of Wintersong will take your breath away and leave you craving more. Fans of Jim Henson’s Labyrinth and Christina Rosetti’s gothic poem “Goblin Market” will find plenty to fawn over in S. Jae-Jones’s writing. 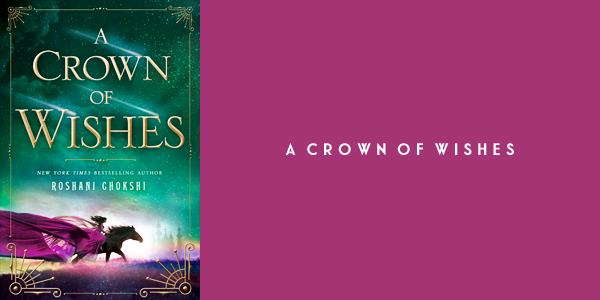 Gauri, the princess of Bharata, has been taken as a prisoner of war by her kingdom’s enemies. Faced with a future of exile and scorn, Gauri has nothing left to lose. Hope unexpectedly comes in the form of Vikram, the cunning prince of a neighboring land and her sworn enemy kingdom. Unsatisfied with becoming a mere puppet king, Vikram offers Gauri a chance to win back her kingdom in exchange for her battle prowess. Together, they’ll have to set aside their differences and team up to win the Tournament of Wishes – a competition held in a mythical city where the Lord of Wealth promises a wish to the victor.

Reaching the tournament is just the beginning. Once they arrive, danger takes on new shapes: poisonous courtesans and mischievous story birds, a feast of fears and twisted fairy revels.

Every which way they turn new trials will test their wit and strength. But what Gauri and Vikram will soon discover is that there’s nothing more dangerous than what they most desire.

The banter! The Tournament of Wishes! The writing! The romance! This book really has it all. Roshani takes everything we loved about The Star-Touched Queen and builds upon it all with such vibrancy and ease, resulting in an enchanting follow-up that will hook new readers and satisfy existing fans alike. Oh, and Vikram is top notch book boyfriend material. 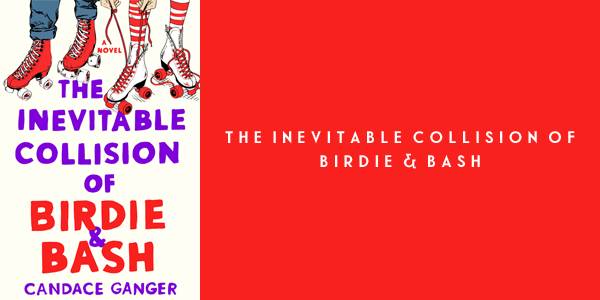 Sebastian Alvaréz is just trying to hold the pieces together, to not flunk out, to keep his sort-of-best friend Wild Kyle from doing something really bad. And to see his beloved Ma through chemo. But when he meets Birdie Paxton, a near-Valedictorian who doesn’t realize she’s smoking hot in her science pun T-shirt, at a party, an undeniable attraction sparks. And suddenly he’s not worried about anything. But before they are able to exchange numbers, they are pulled apart. A horrifying tragedy links Birdie and Bash together – yet neither knows it. When they finally reconnect, and are starting to fall – hard – the events of the tragedy unfold, changing both their lives in ways they can never undo.

Told in alternating perspectives, The Inevitable Collision of Birdie & Bash by Candace Ganger is a beautiful, complex, and ultimately hopeful teen novel that will move you to the very last page.

We’re cheating a bit here and skipping ahead to July, but we can’t wait for everyone to read Candace’s gripping debut. This one centers around two teens with less-than-perfect lives whose paths cross when a tragic accident brings them together. Make sure to have a box or two of tissues with you while reading because this book will hit you in the feels. Repeatedly.