Cover Reveal: All Our Hidden Gifts by Caroline O’Donoghue

Today on Pop! Goes The Reader I’m so honoured and excited to have been asked to partner with Walker Books US to host the exclusive cover reveal for All Our Hidden Gifts by Caroline O’Donoghue! Coming to a bookstore and library near you March 30th 2021, O’Donoghue’s young adult debut was described by Melinda Salisbury as “an utterly seductive read, where the magical bleeds into the familiar”. My friends at Walker Books US had this to say: “Caroline manages to explore sexuality, gender identity, prejudice, revenge, female rage, and the intersection of the personal and the political against a perfectly moody backdrop, while keeping a wonderfully authentic voice to Maeve.”

Please read on to learn more about All Our Hidden Gifts, including an exclusive cover reveal and note from the author as well as an opportunity for one lucky reader to win an advance reader copy of this spellbinding 2021 release! 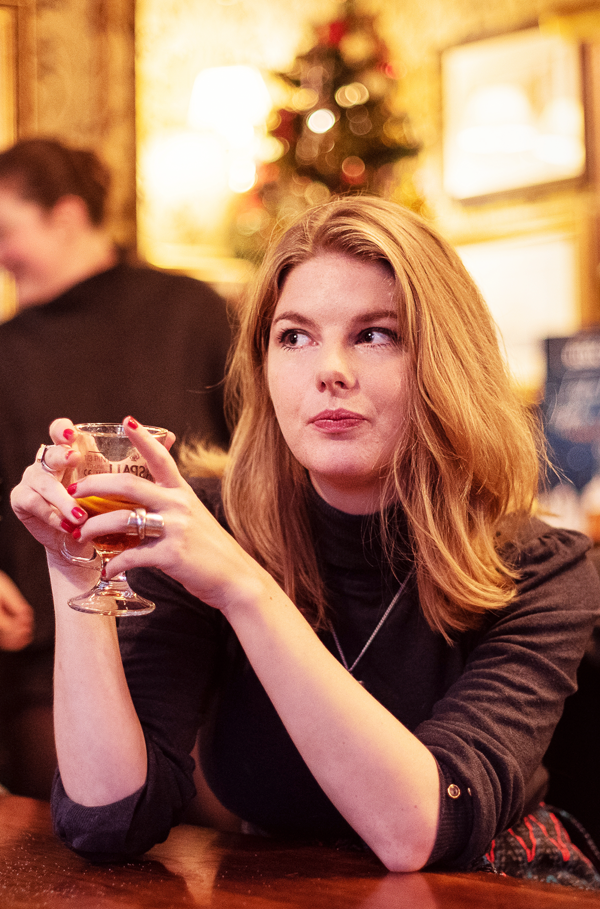 Caroline O’Donoghue is an Irish author, journalist, and host of the acclaimed podcast Sentimental Garbage. She has contributed to Grazia, the Irish Times, the Irish Examiner, BuzzFeed, Vice, and The Times (London). She lives in London.

All Our Hidden Gifts is a story that takes place in a world where magic is real, tarot cards come to life, and girls are dragged from their beds at night by centuries-old witch demons. It is also, in spite of all these things, the most autobiographical book I’ve ever written. It’s set in a small Irish city that’s very like the one where I grew up – a place big enough to have a head shop and a crystals store, but small enough that most people know who you are – and stars a 16 year-old girl who I used to know very, very well. Maeve Chambers is lost. She’s behind in school, friendless, and can’t seem to stop getting herself into trouble. Last year, she dropped her best friend Lily like a hot brick, for reasons she herself doesn’t fully understand. Everything changes when she finds a pack of tarot cards hidden in school. She’s a gifted reader, and is one day pressured into giving Lily a reading. During a heated exchange, a card turns up that Maeve has never seen. A card that will change hers and Lily’s lives forever.

The moment I saw the cover, I fell in love. Maeve’s wild hair, her unflattering school uniform, her strong, straight-on pose all remind me of the late-eighties and early nineties books that inspired All Our Hidden Gifts. The Changeover by Margaret Mahy and Fire and Hemlock by Diana Wynne Jones were two big inspirations, and their early editions looked very much like this: determined young women, daring the reader to follow them. It’s a style of writing that you don’t see so much anymore, but that I adore: worlds where magic is potent, but the facts of their life remain mundane. Shirts still need ironing, the bus still comes late, boys still break your heart, but the whole landscape thrums with cosmic possibility, of magical rules that can be sometimes bent but never fully broken.

If you’re into:
● Tarot
● Poking around in weird shops for too long
● Overthrowing the white Christian patriarchal worldview with **spells**
● A romantic lead that would give Timothee Chalamet a run for his money

Then this is the book for you! 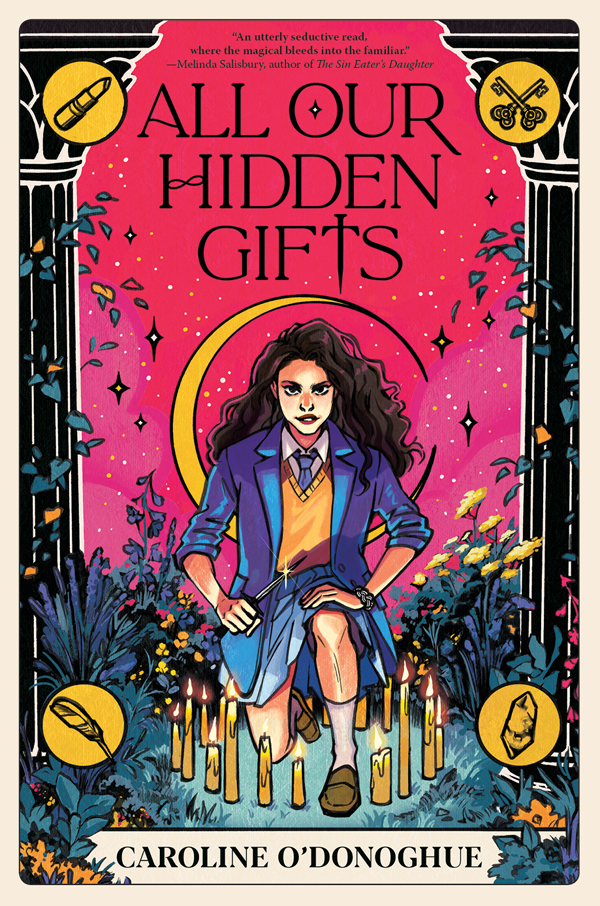 After Maeve finds a pack of tarot cards while cleaning out a closet during her in-school suspension, she quickly becomes the most sought-after diviner at St. Bernadette’s Catholic school. But when Maeve’s ex–best friend, Lily, draws an unsettling card called The Housekeeper that Maeve has never seen before, the session devolves into a heated argument that ends with Maeve wishing aloud that Lily would disappear. When Lily isn’t at school the next Monday, Maeve learns her ex-friend has vanished without a trace.

Shunned by her classmates and struggling to preserve a fledgling romance with Lily’s gender-fluid sibling, Roe, Maeve must dig deep into her connection with the cards to search for clues the police cannot find — even if they lead to the terrifying Housekeeper herself. Set in an Irish town where the church’s tight hold has loosened and new freedoms are trying to take root, this sharply contemporary story is witty, gripping, and tinged with mysticism.

As an extra, exiciting bonus, Walker Books US has been kind enough to offer one lucky reader the chance to win an advance reader copy of All Our Hidden Gifts! This contest is open to residents of the U.S. and Canada. The winner will be chosen at random at the conclusion of the giveaway and the prize will be distributed once ARCs become available.