Cover Reveal: Beneath the Citadel by Destiny Soria

The cover reveals continue on Pop! Goes The Reader today as I have the immense pleasure of welcoming my dear friend, Destiny Soria, to the blog as we reveal the cover for her sophomore young adult fantasy novel, Beneath The Citadel! I was fortunate enough to have been asked to help reveal the cover of Destiny’s debut, Iron Cast back in 2016 and I always adore working with her, so to say that I was ecstatic when I was approached with this latest opportunity is a woeful understatement. Coming to a bookstore and library near you October 9th 2018 from Abrams Amulet, Beneath The Citadel tells the story of four teens and unlikely allies – Cassa, Alys, Evander and Newt – who are remnants of a failed rebellion and who must uncover a prophecy in order to save their home and themselves.

The cover of Beneath The Citadel was designed by Siobhan Gallagher with accompanying art by Billelis. Please read on to learn more about Beneath The Citadel, including an exclusive cover reveal, a special note from the author about the novel’s origins and inspiration and a chance to win a signed, advance reader copy of the novel from Destiny Soria! For more information about this and other ABRAMS titles, don’t forget to follow them on Twitter, Instagram and Facebook! 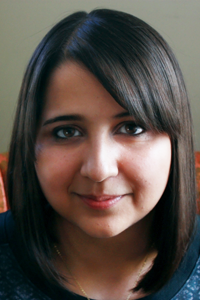 Destiny Soria grew up in a tiny town in Alabama that you’ve never heard of, where she spent her summers playing with sticks in the woods and exploring such distinguished careers as Forest Bandit, Wayward Orphan, and Woodland Fairy Princess. After college, she ran away to New Zealand for seven months and only pretended to be a character from Lord of the Rings on special occasions. Nowadays she lives and works in the shadow of the mighty Vulcan in Birmingham, AL. She is the author of Iron Cast, a YA historical fantasy set in 1920s Boston, and the upcoming YA fantasy Beneath The Citadel. Author photo by Hilary Rochow.

Whenever someone asks me what Beneath The Citadel is about, my response is generally along the lines of “Well, there are four teenagers — wait, I guess five. And there are seers who can see the future and sentients who can steal memories. And also there’s this executioner and this chancellor, and they are maybe both hiding something? And a long time ago there was a rebellion, but it’s over now. So…yeah.” And then the poor soul stares at me blankly, no doubt wondering how I ever managed to string together a paragraph on paper, much less an entire novel. Then I tell them they can find it on Goodreads, and we both wonder why I didn’t just say that to begin with.

The moral of this story is that I’m very bad at explaining what my books are about. Instead, here are some things that Beneath The Citadel is not about:

1. Horses
2. Pilates
3. The intricacies of international trade law
4. How are cat paws so tiny
5. 18th century architecture
6. That feeling you get when think you forgot to pack something but you’re already on the plane
7. Tater tots

I hope that clarifies things for you. An even better summary of Beneath The Citadel is this gorgeous cover with art by Billelis and design by Siobhan Gallagher. The moment I saw it, I fell in love with its strangeness and shininess and darkness and danger. It’s pretty much what the inside of my head looks like, so as the doorway into this novel, it couldn’t be more perfect. 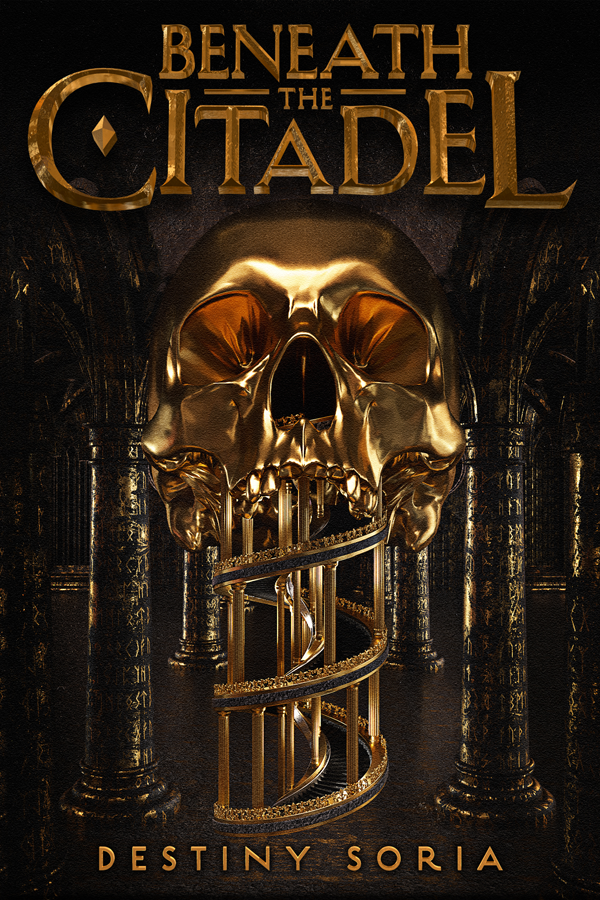 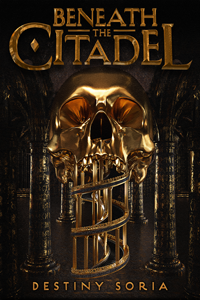 In the city of Eldra, people are ruled by ancient prophecies. For centuries, the high council has stayed in power by virtue of the prophecies of the elder seers. After the last infallible prophecy came to pass, growing unrest led to murders and an eventual rebellion that raged for more than a decade.

In the present day, Cassa, the orphaned daughter of rebels, is determined to fight back against the high council, which governs Eldra from behind the walls of the citadel. Her only allies are no-nonsense Alys, easygoing Evander, and perpetually underestimated Newt, and Cassa struggles to come to terms with the legacy of rebellion her dead parents have left her — and the fear that she may be inadequate to shoulder the burden. But by the time Cassa and her friends uncover the mystery of the final infallible prophecy, it may be too late to save the city — or themselves.

As an extra, exciting bonus, Destiny has been kind enough to offer one lucky reader the opportunity to win an advance reader copy of Beneath The Citadel! This contest is open internationally and the prize will be distributed once ARCs become available. Please fill out the Rafflecopter form below to enter!