Happy Friday, friends! We made it through another week! I’m lucky to have partnered with my friends at Owl Hollow Press to bring you the exclusive cover reveal for the third and final book in Nicole Conway’s Spirits of Choas series, Hearts. If you’re unfamiliar with this series, the author’s website states: “When New York City faces the threat of colossal beasts from another dimension, geeky high schooler Koji Owens must use embrace his destiny and use a magical bracelet to transform into a monster-slaying dragon superhero. Scales on!” Series conclusions can often be a bittersweet experience, but I have no doubt that readers of the Spirits of Choas books are eagerly anticipating Koji’s last adventure! 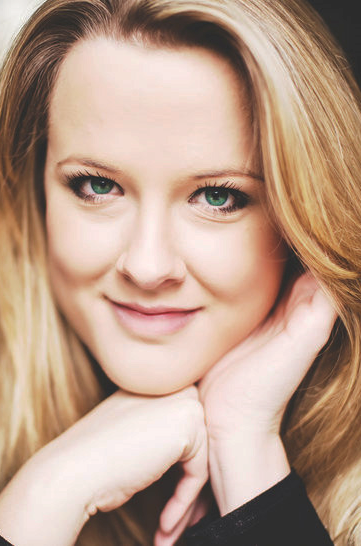 Nicole Conway is an author and graduate of Auburn University with a lifelong passion for writing teen and children’s literature. With over 100,000 books sold in her Dragonrider Chronicles series, Nicole has been ranked one of Amazon’s Top 100 Teen Authors.

A coffee and Netflix addict, she also enjoys spending time with her family, practicing photography, and traveling.

Nicole is represented by Frances Black of Literary Counsel.

YAY! It’s finally here! I’m so thrilled to be sharing this moment with everyone, especially the team of professionals at Owl Hollow Press who have helped bring both me and this series to its final chapter. Last books in a series are always a bag of bittersweet emotions for me. I love building up to an epic conclusion, showing how the characters have grown and changed since the beginning, and feeling like they’ve finally arrived in the place they were meant to be. It’s like stopping at the finish line before stepping over, and seeing how far you’ve come. There’s this overwhelming sense of pride and accomplishment.

But at the same time, saying goodbye to the story, world, and characters is always so hard — and it was especially difficult with Hearts. Koji will always be that “boy after my own heart” character that I relate to on so many levels. And he’s grown so much since book one. He’s become this strong, determined, and confident version of himself. There were so many moments with him in the book that had me in tears because in a weird way, it felt like I was seeing my own son grow up and become this fearlessly kind young man.

My goal all along was to offer a view into the mind and life of a military child and the impact it has on them, but this series really took me down so many roads with each character and their individual journeys — even now, I’m so amazed and grateful for the experience and opportunity because of how it has changed the way I view my son’s “growing up” journey. I hope it can do the same for other readers out there, and empower them to love their own weirdness, quirks, and flaws. In Spirits of Chaos, it takes all kinds to save the world … and in real life, too! 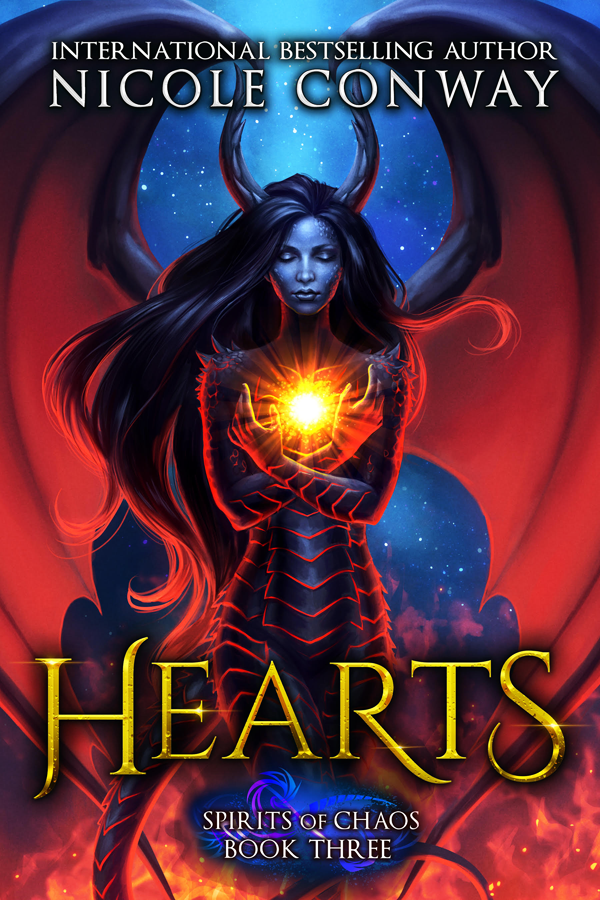 As the world stands on the brink of a Kur invasion, five teenagers are all that might save it from complete annihilation.

Koji Owens is running out of everything: time, places to hide, people to trust, and worst of all…his soul’s potent energy. With the aftermath of Dr. Livingston’s vicious attack still making news headlines around the globe, it’s almost impossible for him and his friends to keep their identities under wraps.

Backed into a corner, with only the efforts of Drake and the FBI to protect him from an international manhunt, Koji doesn’t know how much more he can take. It’s all he can do just to keep a grip on the raging kur fury that threatens to break his mind. Koji fears every transformation and daring rescue devours more of his soul, but staying out of the fray isn’t an option. This certainly wasn’t the life of adventure, fame, and heroism Koji’s comic books promised, and as the clock ticks down, he can only guess what new horrors will be unleashed if Dr. Livingston’s plan to tear open a gateway between worlds is finally realized.

With only one chance left to tip the scales in their favor, Koji and his friends must hold the line and wait for Madeline to keep her word. But finally getting their hands on the final totem is only half the battle. Will the addition of a new, dragon-powered ally be enough to thwart Dr. Livingston’s wicked plot for good? Or will past rivalries and stubborn pride finally be Koji’s undoing? Heroism has a steep price, and it may be far more than Koji Owens can afford…