Happy Wednesday, everyone! We’re halfway through another week, and I can think of no better way to celebrate than with a new, exclusive cover reveal here on Pop! Goes The Reader! Today I’m unbelievably thrilled and excited to welcome 2020 debut author, Kit Rosewater, to the blog as we reveal the cover of the first book in her forthcoming Derby Daredevils middle grade series, Kenzie Kickstarts A Team! Coming to a bookstore and library near you March 24th 2020 by Amulet Books, The Derby Daredevils: Kenzie Kickstarts A Team is one of my most-anticipated 2020 middle grade releases and is an awesome story that features female friendship, roller derby, and a secret crush! Kit has been kind enough to share both a very special author’s note about the origins of this story as well as an exclusive excerpt from the novel in today’s reveal, so please read on to learn all about The Derby Daredevils: Kenzie Kickstarts A Team! 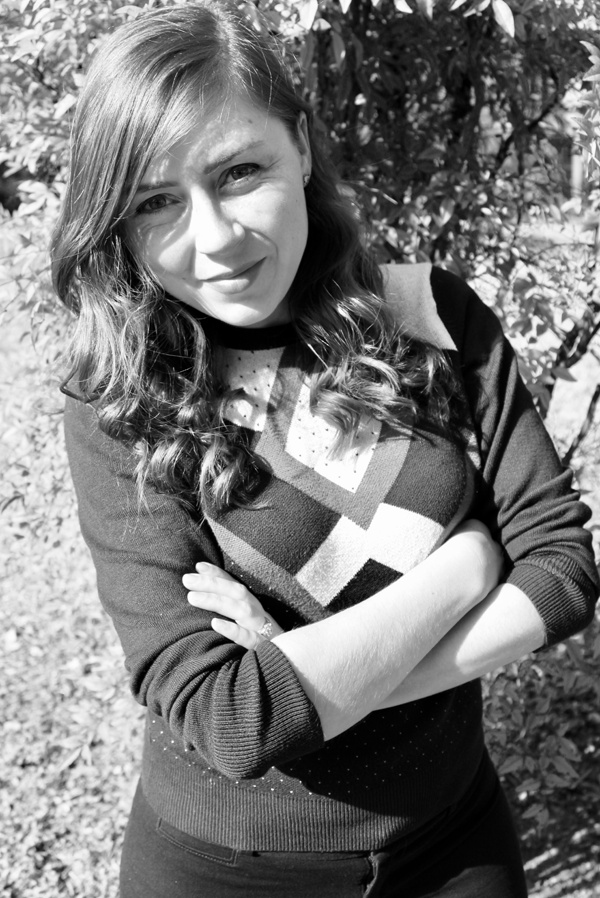 Kit Rosewater writes books for children. She lives in Albuquerque, New Mexico with her spouse and a border collie who takes up most of the bed. Before she was an author, Kit taught middle school theatre and high school English, then worked as a children’s bookseller. She has a master’s degree in Children’s Literature and a knack for finding her characters in clouds, ceiling plaster, and Cheetos. Her debut series The Derby Daredevils rolls out Spring 2020 through Abrams.

When I moved to Austin, Texas three years ago, I noticed a slogan printed across banners, bags, and bumper stickers everywhere: “Keep Austin Weird.”

What is a weird city? I wondered. Did it have museums full of aliens? Did people walk backwards every other Thursday? It turned out that Austin’s brand of weirdness was actually a promise made by locals to remain authentic despite the city’s rapid growth and change.

In The Derby Daredevils, Austin resident Kenzie Ellington has to figure out how to remain true to herself even while her world is changing. As she builds a roller derby team, Kenzie confronts a shifting dynamic with her best friend as well as developing feelings for the cool girl at the park. It’s not easy for Kenzie to navigate these changes, in part because she doesn’t yet have a grip on who she really is.

I set Kenzie’s journey in the Austin roller derby scene, as both the city and the sport represent communities rooted in eccentricity and individualism. On the track, it’s a good thing to be weird! This is a message I could have desperately used as a kid. Growing up, I tended to hide parts of myself. I got crushes on both boys and girls, but kept the girl-crushes a secret. I wanted to join new clubs, but was afraid of looking silly or losing certain friends. I cared more about the way others saw me than about being true to myself.

The Derby Daredevils is ultimately a celebration of change, self-acceptance, and friendship. Over the course of the narrative, Kenzie and her skating crew learn to embrace who they are as individuals and what they can achieve as a team. I have loved bringing this oddball group together, and am honored to now be sharing their story with you.

“Roller derby players, to your positions!”

Kenzie Ellington snapped on her helmet and glided on one foot across the rink. Hundreds of Kenzilla banners rippled and waved in the crowd.

“Blockers at the ready!”

Shelly, Kenzie’s best friend, cartwheeled onto the track and took her place next to Kenzie. The girls high-fived and crouched low. They balled their hands into tight fists.

The referee blew a whistle, and the girls took off. They ducked and threaded past the other derby players in the pack. Their shoulders tapped as they skated side by side. The audience chanted their names.

The jammer from the other team whipped around and came up on the girls fast. They nodded at each other. It was time for their special blocking move: the Flying Banshee.

“Hold it!” someone called. The whistle blew again.

Kenzie blinked. The crowds and Kenzilla banners faded in her head. Suddenly she was back on the top row of bleachers, huddled next to Shelly.

“Uh-oh,” Shelly whispered. “I think we were too loud again.” 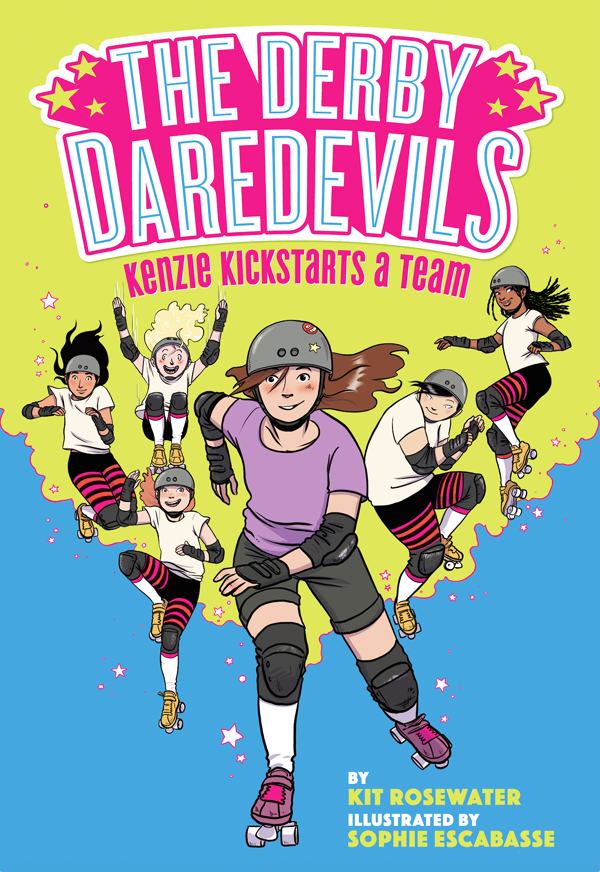 Kenzie and Shelly have been best friends for as long as they can remember. They hang out at the park, practice their super-secret handshake, and (most important) count down the days to their roller derby debut. It looks like their dream is coming true when Austin’s city league announces a junior league. But there’s a catch. To try out together, the Dynamic Duo will have to form a team of five players… in just one week! As they start convincing other girls that roller derby is the coolest thing on wheels, Kenzie has second thoughts. Why is Shelly acting like everyone’s best friend? Isn’t she supposed to be Kenzie’s best friend? And things get really awkward when Shelly recruits Kenzie’s neighbor (and secret crush!) for the team.