Cover Reveal: The Witches of Willow Cove by Josh Roberts

Happy Halloween, friends! Today on Pop! Goes The Reader I’m excited to have partnered with author Josh Roberts as we share the exclusive cover reveal for Josh’s middle grade debut, The Witches of Willow Cove! Coming to a book store and library near you in May 26th 2020, The Witches of Willow Cove has been described as being “full of magic, mayhem, gripping danger, and a good dose of humor” by Writers’ Rumpus and today’s reveal feels like the perfect, spooktacular way to celebrate Halloween, particularly because there are few stories I love more than ones about and that include witches! Please read on to learn more about The Witches of Willow Cove, including an exclusive note from the author offering a glimpse into the book’s cover design process and an opportunity for one lucky reader to win an advance reader copy of the novel! An award-winning travel writer and editor, Josh Roberts has written for publications as varied as USA Today, The Boston Globe, and Business Insider. For one brief but glorious year, he also worked as an editor at Marvel Comics, fulfilling a lifelong dream of contributing to the Spider-Man mythos. These days, Josh writes the kind of middle-grade and young adult novels he always enjoyed when he was a kid growing up in a spooky Victorian funeral home. His debut novel, The Witches of Willow Cove, will be published Summer 2020 by Owl Hollow Press.

In The Witches of Willow Cove, six middle school girls from a small New England town discover they not only have magical powers, but also share a secret connection to the 17th century Salem Witch Trials. Then a mysterious stranger named Miss Winters arrives and offers to teach them everything she knows about witchcraft — for reasons that may or may not be entirely benevolent.

It’s a story with a large cast of characters, and I knew very early on that I wanted as many of the major players as possible represented on the cover. And because the book begins on Halloween and takes place mostly in the fall, I also envisioned the cover being a little bit spooky and autumnal, too. Something at sunset, maybe. Lots of reds and oranges. A scene that evokes that almost-magical atmosphere of late fall in New England.

I was incredibly excited when I learned that Levente Szabo would be creating the cover art, because I’d loved his previous work on the The Explorer by Katherine Rundell and The Disaster Days by Rebecca Behrens. I remember suggesting an idea I had in mind — the six young witches, their wands lit, following Miss Winters up a grassy hill at sunset — and my nervous anticipation when the first concept sketches arrived. Would his ideas match my vision for The Witches of Willow Cove?

Nervously, I clicked that first attachment, then breathed a huge sigh of relief. His take on the scene was exactly what I’d hoped for: moody, fall-ish, and more than a little bit spooky. Here’s a look at that early concept art. 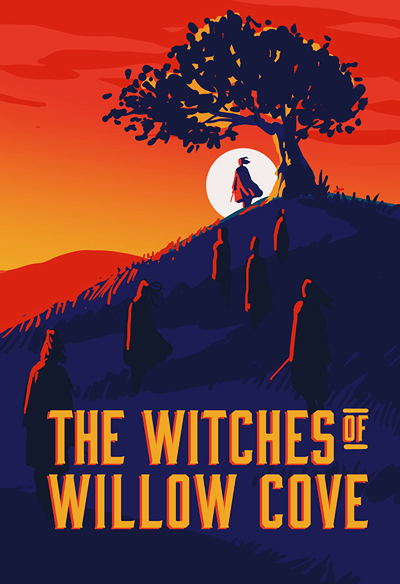 But Levente had another idea for the cover, too — one that responded to my ideas but took them in a totally different direction. And reader, that second sketch was everything. Here were my six young witches confidently facing forward, wands out, ready to take on the world. Here was my fierce, brave, loyal, impetuous, defiant main character, Abby Shepherd, leading the way. Here was the cover concept my story begged for, even if it wasn’t the one I’d originally imagined. Take a look at that second piece of concept art below. 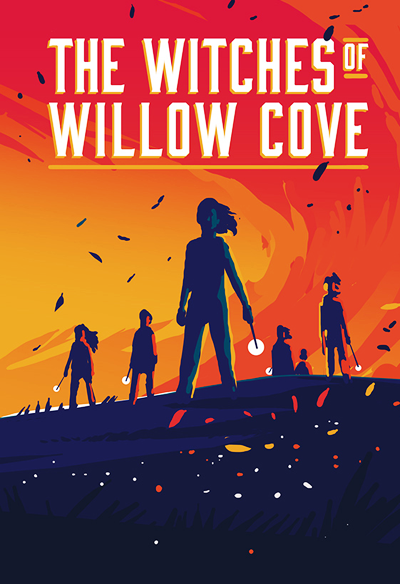 I was blown away. Because with just this simple rough sketch, he’d nailed it. The mood. The setting. The body language. Everything was just…perfect. This was my book!

As the cover went from concept to polished art, he made some more tweaks. At some point, there was a suggestion to add a tree to give the top of the cover more color and heft. And when my publisher, the incredible folks at Owl Hollow Press (led by the fantastically collaborative Emma Nelson), paired Levente’s artwork with the title design of Milorad Savanović, it all came together in a finished product even better than I’d dared hope for.

And now here they are: The Witches of Willow Cove, ready to make their official debut. I hope you love this cover as much as I do — and I hope you’ll check out my book when it comes out next summer. Or better yet, pre-order it today! 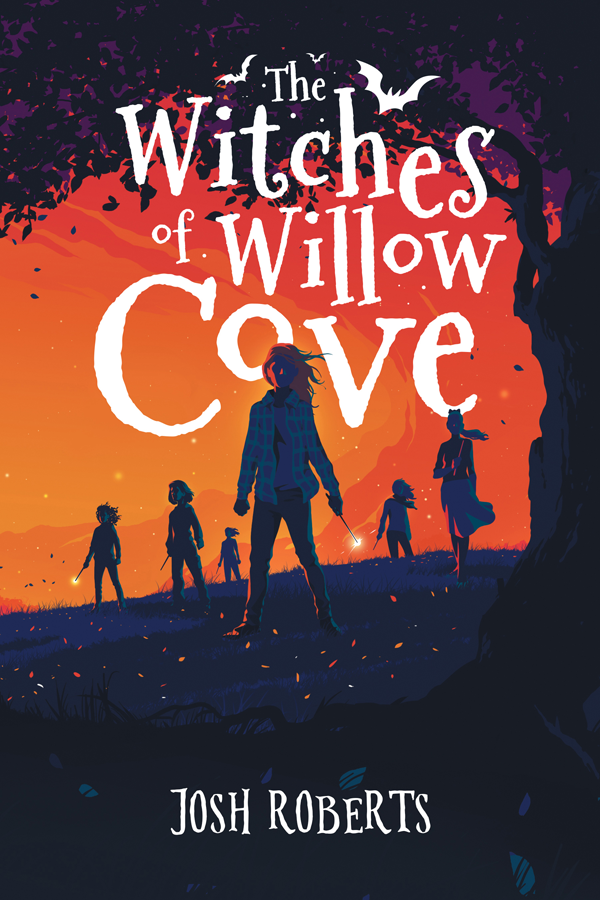 It’s not easy being a teenage witch. Seventh grader Abby Shepherd is just getting the hang of it when weird stuff starts happening all around her hometown of Willow Cove. Green slime bubbling to life in science class. Giant snakes slithering around the middle school gym. Her best friend suddenly keeping secrets and telling lies.

Things only begin to make sense when a stranger named Miss Winters reveals that Abby isn’t the only young witch in town — and that Willow Cove is home to a secret past that connects them all. Miss Winters, herself a witch, even offers to teach Abby and the others everything she knows about witchcraft.

But as Abby learns more about Miss Winters’ past, she begins to suspect her new mentor is keeping secrets of her own. Can Abby trust her, or does Miss Winters have something wicked planned for the young witches of Willow Cove?

As an extra, exciting bonus, Josh has been kind enough to offer one lucky reader the opportunity to win an advance reader copy of The Witches of Willow Cove! One winner will be chosen at random at the conclusion of the giveaway and the prize will be distributed by Josh when ARCs become available. This contest is open to residents of the U.S. and Canada. Please fill out the Rafflecopter form below to enter! 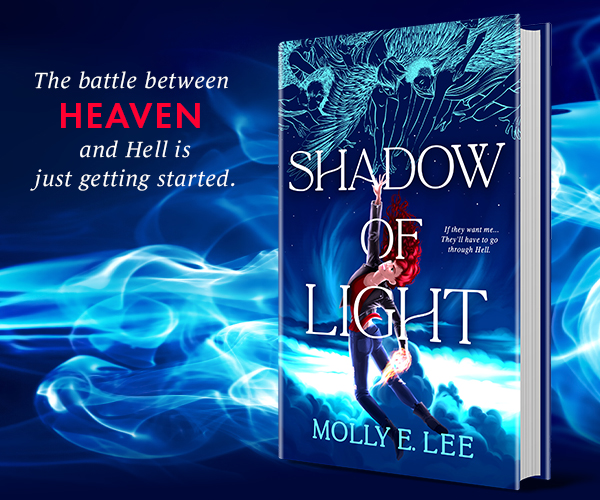