Her Story: Ladies In Literature 2019 with Rosiee Thor 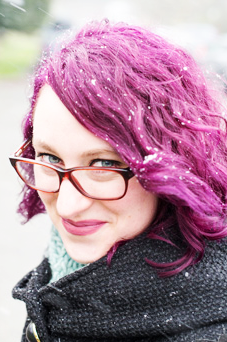 Rosiee Thor began her career as a storyteller by demanding to tell her mother bedtime stories instead of the other way around. She lives in Oregon with a dog, two cats, and four complete sets of Harry Potter, which she loves so much, she once moved her mattress into the closet and slept there until she came out as queer. Rosiee is represented by Saba Sulaiman of Talcott Notch Literary Services.

We stopped at a Barnes & Noble for yet another bathroom break. I didn’t have to pee, but I was grateful all the same. I was on my way south somewhere, it doesn’t really matter where or why, but I’d been heading in a downward direction for a lot longer than we’d been driving. It was a miracle, perhaps, that I was able to stagger inside that Barnes & Noble and pick up The Hunger Games without falling, weighed down as I was by the immense pressure to perform the role of a romantically and sexually available twenty-year-old woman.

For months I’d borne the flirtations and advances of men I didn’t want to date, men who didn’t receive the world of “no” I shouted with every form of communication I had except my voice. And perhaps just as harmful were the bystanders who encouraged me bear it, who told me it was normal, that I should get used to it, that I was expected to reciprocate or else be called cold or hard-to-get.

I didn’t know it then, but what I was experiencing is called “compulsory allonormativity.” In the absence of the technical term, Katniss Everdeen came to me, leaping off the shelf. She began as an excuse, pages for me to bury my nose in so I didn’t have to look at the seemingly endless, tortuous road toward other people’s expectations, but Katniss Everdeen was so much more. She wasn’t cold; she was the girl on fire. She wasn’t hard-to-get; she was ungettable, unbeatable, unwavering. She did more than live my all-too-familiar world of “no”…she survived it.

I wanted to lose myself in those pages, but instead I found myself.

In Katniss’s comfortable, albeit dangerous, life of hunting with Gale, I saw my desire for reliable friendship. They had a partnership based on mutual respect, not on butterflies in their stomachs or lust on their tongues.

In Katniss’s mistrust of Peeta’s kindness, I saw my own fear of the world around me, the unpredictability of a favor and what might come attached to it. I saw the dread I felt whenever anyone bought me a drink, held a door, or asked me about myself. It wasn’t the act, but the unspoken rule that they’d done something for me…so now I owed them.

In Katniss’s resentment of Haymitch and his game of sponsor gifts I saw a familiar transaction. Haymitch gave her food or medicine or help so she could survive, but only if she gave the world what they expected to see: affection between a girl and a boy in love. It was an allegory so sharp and painful it might as well have been an arrow through my heart. Haymitch was the world telling me I had to perform like a girl who wanted to fall in love, or I’d be slaughtered too.

In Katniss’s careful analysis of these relationships and her circumstances, I saw a way to survive. She recognized her situation for what it was. She knew the world wasn’t going to change on its own, so she did what was necessary to survive. She had to live so she could recover and then change it herself.

Just like Katniss, I had a lot more pain ahead of me, but also just like Katniss, I survived it. We endured the crushing dichotomy of invisibility and life in the public eye – where everyone can look at you, but no one really sees you for who you are. It was incredibly isolating, but even at my loneliest, Katniss Everdeen was with me, she was like me.

Katniss Everdeen isn’t a girl torn between two boys; she is a girl caught in a web of compulsory allornormativity. While people scream “Team Peeta” or “Team Gale,” I whisper “Team Katniss,” because she deserves more than a love triangle legacy. She deserves to be free. She deserves to be seen, like I was when I pulled her story off the shelf in that store, like I was when I pretended I needed to pee again so I could pick up books 2 and 3.

So, Katniss Everdeen, I salute you – three fingers to the sky. You made me feel seen, and I see you too. 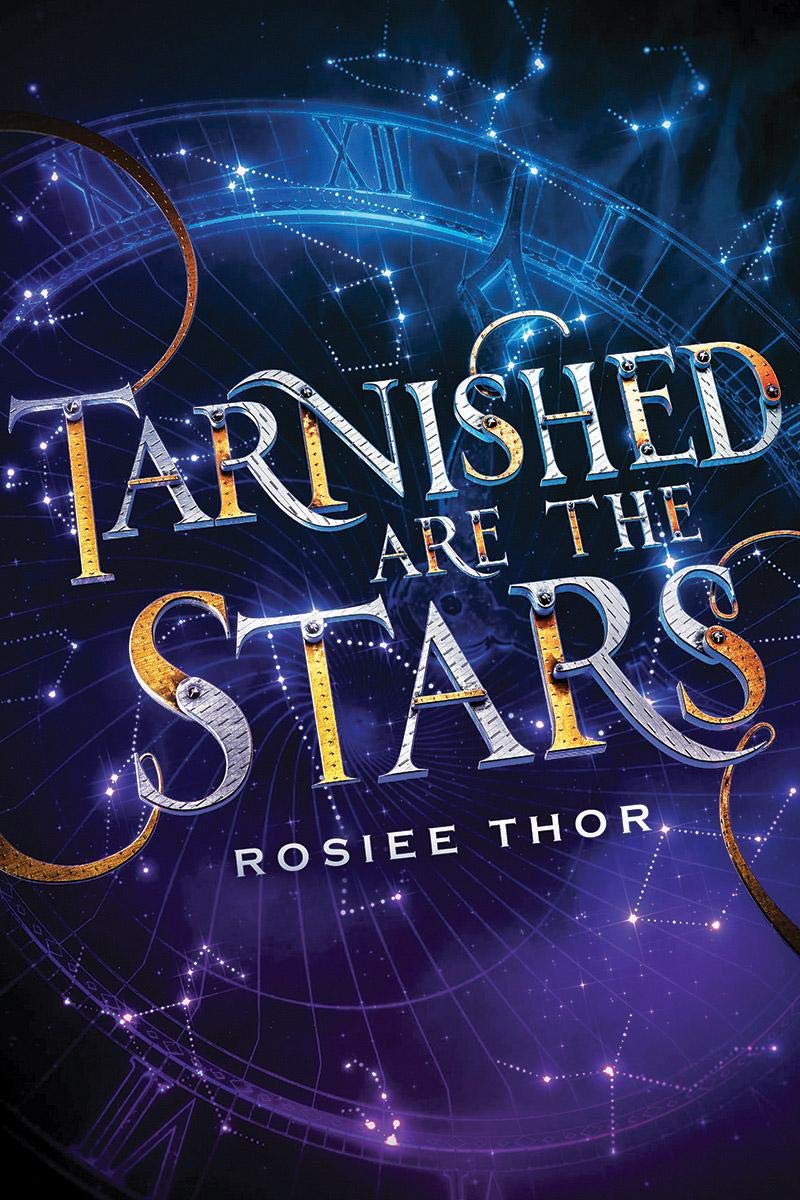 A secret beats inside Anna Thatcher’s chest: An illegal clockwork heart. Anna works cog by cog – donning the moniker Technician – to supply black market medical technology to the sick and injured, against the Commissioner’s tyrannical laws.

Nathaniel Fremont, the Commissioner’s son, has never had to fear the law. Determined to earn his father’s respect, Nathaniel sets out to capture the Technician. But the more he learns about the outlaw, the more he questions whether his father’s elusive affection is worth chasing at all.

Their game of cat and mouse takes an abrupt turn when Eliza, a skilled assassin and spy, arrives. Her mission is to learn the Commissioner’s secrets at any cost – even if it means betraying her own heart.

When these uneasy allies discover the most dangerous secret of all, they must work together despite their differences and put an end to a deadly epidemic – before the Commissioner ends them first.