New Kids On The Block 2018 with Gloria Chao

Hi everyone! Today marks the publication of one of my most-anticipated books of 2018 – American Panda by Gloria Chao – and to celebrate, Gloria was kind enough to agree to stop by Pop! Goes The Reader to share a little about American Panda as part of the blog’s year-long debut author series, New Kids On The Block. More specifically, Gloria has generously agreed to share a beautifully insightful, sensitive post about her experience writing an #OwnVoices story and a reflection on the immense value and importance these stories hold for young readers everywhere. 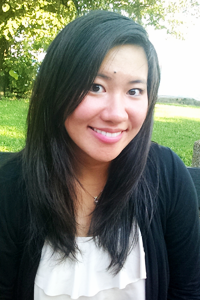 Gloria Chao is an MIT grad turned dentist turned writer. She currently lives in Chicago with her ever-supportive husband, for whom she became a nine-hole golfer (sometimes seven). She is always up for cooperative board games, Dance Dance Revolution, or soup dumplings. She was also once a black belt in kung-fu and a competitive dancer, but that side of her was drilled and suctioned out. American Panda is her debut novel, and Misaligned is forthcoming fall 2019.

The own voices stories I’ve read have a rawness and honesty that set them apart. Struggles look different from the outside and actually going through something gives a perspective that cannot be gained elsewhere, even through research. Writing from this place of truth puts power behind the words, elevating the story to a new level.

When I’m reading another own voices book with a Chinese character, I often have OMG moments when I realize I’m not the only one who has had that problem, had that thought, made that joke. It comes from that ability to bond with others in a way you hadn’t previously realized was possible. And when I don’t relate, I relish in viewing my culture through someone else’s lens and learning something new.

The reason we need so many diverse stories is because there’s an immeasurable range of experiences to explore, even within one culture or combination of cultures. For example, my protagonists question who they are, how they are defined, and how they fit in to society because this has been an issue for me my whole life. I can’t write a Taiwanese-American character without addressing this because it’s the experience I know. And while struggles with identity and race are important issues that need to be discussed, we also need stories where the characters are confident in themselves, where they’re navigating other conflicts teens go through.

For those of you who have heard about the hurdles in publishing, I want to reassure you that there are agents and editors who want your stories, your perspective. And more importantly, there are readers who need them. Diverse books are rising, and even though there’s still a lot to be done, we’re taking steps in the right direction.

For me, the only way I could write American Panda was to quiet the other voices. If you worry about pleasing everyone from the get-go, it’s hard to get words on the page. Instead, I focused on authenticity, on capturing what felt true to me.

I let the readership and industry in during revisions, when the heart of my story was already there. At this stage, I worked hard to make sure that it was clear this was one family’s story, not every Taiwanese-American experience. I tried hard not to make generalizations and to instead focus on what the norm was for the Lu family. My characters’ beliefs and actions are not the result of culture but their interpretation of it, and this differs between individuals. In fact, the central conflict arises because the protagonist interprets her culture differently than her parents, and it leads them to want opposing things.

There is a lot of responsibility with own voices manuscripts, and focusing on telling my story was a way to lighten the pressure so that I could actually write. Stereotypes can come from a place of truth, so if you experienced something that could be viewed as stereotypical, try to put aside the stigma and focus on writing it honestly. My protagonist’s struggle with her parents wanting her to be a doctor can be considered a stereotype, but to me and many of my friends, it was our story, our truth. And I tried to write it this way, with layers, where I explain the parent’s motivation — that they sacrificed so much leaving Taiwan to come to America, and they want their daughter to be financially stable so she doesn’t have to sacrifice as they did. The mother is also bullied by her in-laws, and she believes that if her daughter has the most respectable career, she can avoid this pain. It all comes from a place of love, and by explaining the parent’s background and reasoning, I hope to help readers focus on the story, not the stereotype.

Lastly, even with own voices, research is needed. I discovered so much about my family, my culture, and myself during this process. It’s one reason among many to write own voices narratives.

And the most important reason: Everyone deserves to see themselves in books. It’s a lot of responsibility but also a privilege. I hope one day we won’t have to use the word “diverse” to describe a book because there will be so many represented experiences in every genre and category. Your voice is an important part of the movement, so keep writing! Teens need your stories. 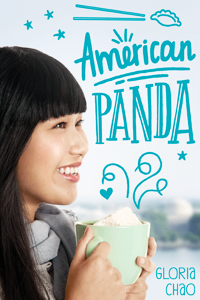 At seventeen, Mei should be in high school, but skipping fourth grade was part of her parents’ master plan. Now a freshman at MIT, she is on track to fulfill the rest of this predetermined future: become a doctor, marry a preapproved Taiwanese Ivy Leaguer, produce a litter of babies.

With everything her parents have sacrificed to make her cushy life a reality, Mei can’t bring herself to tell them the truth – that she (1) hates germs, (2) falls asleep in biology lectures, and (3) has a crush on her classmate Darren Takahashi, who is decidedly not Taiwanese.

But when Mei reconnects with her brother, Xing, who is estranged from the family for dating the wrong woman, Mei starts to wonder if all the secrets are truly worth it. Can she find a way to be herself, whoever that is, before her web of lies unravels?

From debut author Gloria Chao comes a hilarious, heartfelt tale of how unlike the panda, life isn’t always so black and white.