New Kids On The Block 2018 with Kristina Pérez 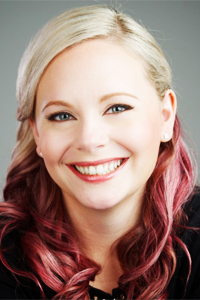 Kristina Pérez is a half-Argentine/half-Norwegian native New Yorker. She has spent the past two decades working as a journalist and academic in Europe and Asia. She is the author of the nonfiction title, The Myth of Morgan la Fey and holds a PhD in Medieval Literature from the University of Cambridge. Sweet Black Waves is her debut novel.

From Goddess To Saint

When I sat down to write Sweet Black Waves, I knew that I wanted to tell the classic tale of Tristan and Iseult’s star-crossed love from a different perspective – that of Princess Iseult’s lady’s maid, Branwen. The medieval legend rose to prominence in the French and Anglo-Norman courts of the twelfth century, but it’s based on the oral and written traditions of early medieval/Post-Roman Britain and Ireland.

To give myself more creative flexibility, I decided to set Branwen’s story in a more fantastic context. Therefore Princess Iseult’s homeland of Ireland was transformed into the island kingdom of Iveriu, and Tristan’s birthplace of Cornwall became Kernyv.

The original legend is set during the time period when Ireland and Britain were both in the process of converting to Christianity, which resulted in the production of extraordinary literature that blends Celtic mythology with personages from the Bible. Because Ireland was never conquered by the Roman Empire, the missionaries who came to the island to convert the local inhabitants couldn’t force them to “convert by the sword” as happened in many other places in Europe. Instead, the monks had to learn and understand the beliefs held by the Irish people and actually try to convince them of the merits of this new religion.

One of the consequences of this dialogue is that many Celtic gods and goddesses were transformed into saints. Besides Saint Patrick, Saint Brigid is perhaps still one of the best known Irish saints and one of the patron saints of Ireland. However, many of the customs and beliefs associated with her were transposed from the Celtic goddess Bríg, whose name means “exalted one.” For instance, the feast day of Saint Brigid takes place at the time of the traditional Celtic spring festival of Imbolc, which was associated with Bríg.

In Cormac’s Glossary, which is dated to the 10th century and was written by Christian monks, Bríg is said to be beloved of poets and to have two sisters with the same name who are associated with healing and smithing. She is considered a counterpart of the Roman goddess Minerva and the Greek Athena.

In the world of Sweet Black Waves, the goddess I call Bríga is an extremely important deity to my characters, especially the women. I draw on both traditions associated with the Celtic goddess and the Christian saint. What interests me as both a scholar and an author is the transmutability of female divinity and the adaptability of her guises.

The blending of traditions is often as fruitful as the tension between them.

Whether as a goddess or a saint, Brigid/Bríg has been venerated for thousands of years because belief in her brings comfort to the faithful. And I had a lot of fun putting my own twist on the tradition for my debut fantasy novel. 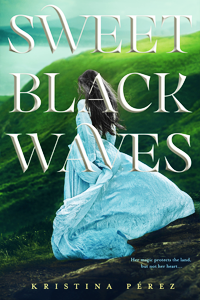 For fans of Graceling and The Mists of Avalon, this lush fantasy about warring countries and forbidden romance will have readers entranced.

As best friend and lady-in-waiting to the princess, Branwen is guided by two principles: devotion to her homeland and hatred for the raiders who killed her parents. When she unknowingly saves the life of her enemy, he awakens her ancient healing magic and opens her heart. Branwen begins to dream of peace, but the princess she serves is not so easily convinced. Fighting for what’s right, even as her powers grow, will set Branwen against her best friend and the only man she’s ever loved.

Kristina Pérez’s debut features star-crossed lovers who changed the fate two nations. Inspired by the legend of Tristan and Iseult, this is the story of the legend’s true heroine: Branwen.