New Kids On The Block 2018 with Tanaz Bhathena 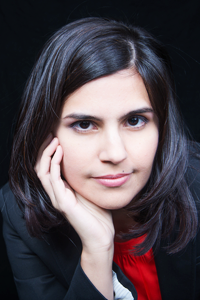 Tanaz Bhathena was born in Mumbai and raised in Riyadh, Jeddah and Toronto. Her short stories have appeared in various journals, including Blackbird, Witness and Room Magazine. A Girl Like That is her first novel.

“The walk to the buses wasn’t long – only five minutes – but it gave the boys enough time to slide open a window and shout for our attention. We huddled close whenever the bus passed our group, bit our angry tongues, and angled our scarves so that our profiles remained hidden from sight.” (Excerpt from a cut scene)

In the tenth grade, a friend of mine was continually harassed by a group of boys who called her nasty names from a school bus whenever she walked home with a friend. It was during the ‘90s in Jeddah, Saudi Arabia. The boys were from another school. And my friend, one of the boldest and most fun-loving girls I knew, was furious.

“I’m going to tell them off,” she told us in class. And she did.

One afternoon, as the bus approached, boys leaning out the window, she stepped off the pavement and onto the road, waving the bus to a stop. She asked the driver to open the door and, probably too stunned to do anything else, he did just that.

“Don’t ask me.” She turned around and pointed out the (now humiliated) cat-callers. “Ask them!”

It was hilarious. It was brilliant. And it ensured that the harassment never happened again. Years passed by. My friend forgot all about the incident. I never did.

Many years later, I wrote her story as part of A Girl Like That. The story didn’t make the final cut of the novel. But I knew I would always end up writing about girls like her — girls, who are fierce and fearless in the face of all odds. 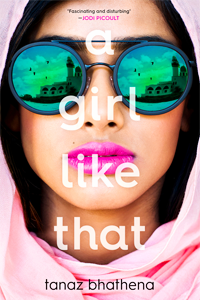 A timeless exploration of high-stakes romance, self-discovery, and the lengths we go to love and be loved.

Sixteen-year-old Zarin Wadia is many things: a bright and vivacious student, an orphan, a risk taker. She’s also the kind of girl that parents warn their kids to stay away from: a troublemaker whose many romances are the subject of endless gossip at school. You don’t want to get involved with a girl like that, they say. So how is it that eighteen-year-old Porus Dumasia has only ever had eyes for her? And how did Zarin and Porus end up dead in a car together, crashed on the side of a highway in Jeddah, Saudi Arabia? When the religious police arrive on the scene, everything everyone thought they knew about Zarin is questioned. And as her story is pieced together, told through multiple perspectives, it becomes clear that she was far more than just a girl like that. This beautifully written debut novel from Tanaz Bhathena reveals a rich and wonderful new world to readers; tackles complicated issues of race, identity, class, and religion; and paints a portrait of teenage ambition, angst, and alienation that feels both inventive and universal.