Short & Sweet Reviews: Everything I Never Told You ● Dietland 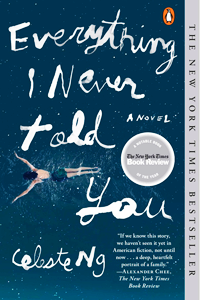 “Lydia is dead. But they don’t know this yet.” So begins this exquisite novel about a Chinese American family living in 1970s small-town Ohio. Lydia is the favorite child of Marilyn and James Lee, and her parents are determined that she will fulfill the dreams they were unable to pursue. But when Lydia’s body is found in the local lake, the delicate balancing act that has been keeping the Lee family together is destroyed, tumbling them into chaos. A profoundly moving story of family, drama, and longing, Everything I Never Told You is both a gripping page-turner and a sensitive family portrait, uncovering the ways in which mothers and daughters, fathers and sons, and husbands and wives struggle, all their lives, to understand one another.

Everything I Never Told You is a heart-wrenching examination of a family in crisis after the unexpected and untimely death of their most beloved member, Lydia, the middle daughter and reluctant centre of their universe. Though the novel begins in May 1977, no detail is too small to escape Ng’s notice, as the author delves deeply into the lives of the four primary characters – Marilyn (the mother), James (the father), Nathan (the eldest brother) and Hannah (the youngest daughter) – both past and present. The novel’s narration and pace are languid and elegant, like trying to capture the last, fleeting moments of a dream, or wading ever deeper into the deep, murky water in which Lydia’s body was found, and perfectly encapsulates the suffocating sense of grief and isolation that permeates every page. As the story hurtles toward its inevitable conclusion to answer its most burning question – “What happened to Lydia Lee?” – readers learn more about the lies, secrets and dysfunction that exist just below the surface of this seemingly happy family. Everything I Never Told You is a thrilling page-turner that throbs with the intense vulnerability of a raw nerve as Ng incises the Lee family secrets with the precision and deft hands of a skilled surgeon and explores how insidiously and perversely the legacy of a parent’s past can bleed into a child’s future. Touching upon issues of racism, classism, interracial relationships, infidelity and homosexuality, Celeste Ng’s debut is a literary fiction masterpiece that would make an excellent book club selection. 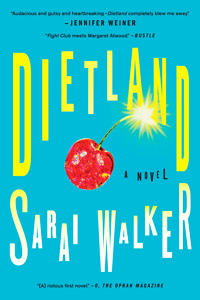 Plum Kettle does her best not to be noticed, because when you’re fat, to be noticed is to be judged. With her job answering fan mail for a teen magazine, she is biding her time until her weight-loss surgery. But when a mysterious woman in colorful tights and combat boots begins following her, Plum falls down a rabbit hole into the world of Calliope House — an underground community of women who reject society’s rules — and is forced to confront the real costs of becoming “beautiful.” At the same time, a guerilla group begins terrorizing a world that mistreats women, and Plum becomes entangled in a sinister plot. The consequences are explosive.

Margaret Atwood meets Chuck Palahniuk in this surprising, subversive and provocative must-read work of feminist fiction that explores one woman’s relationship with her body, herself, and the world around her. Plum Kettle’s days are filled with two things: Calorie counting and answering reader mail sent to the teen magazine she works for, Daisy Chain. Lonely and insecure at over 300 pounds, Plum is counting the days until her weight-loss surgery and her “real life” can begin until a chance meeting with a group of unconventional women and the actions of a vigilante group named ‘Jennifer’ challenge everything Plum once thought she knew. Dietland is not perfect – some concepts are over-simplified, the narrative pace is inconsistent and the conclusion feels slapdash and a little unsatisfying – but there are still a great many reasons to recommend Walker’s debut to readers. A story that challenges traditional notions of sexuality, beauty, femininity and feminism and that promotes self-acceptance and body positivity, Dietland is a potentially empowering and eye-opening experience that will no doubt inspire personal reflection and spirited discussion long after readers have turned the final page. Though it may seem perverse, there is also a grim sort of satisfaction and catharsis in watching Jennifer achieve their own, unique version of retribution and justice, the latter of which is so often denied to victims of exploitation and sexual assault in today’s society.