The Writing’s On The Wall: Eat Your Heart Out by Kelly deVos 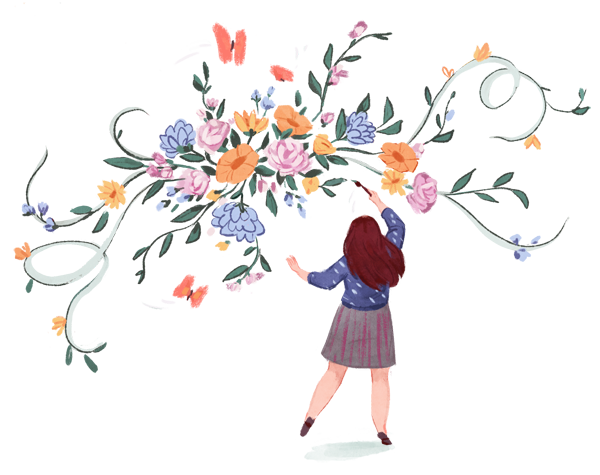 The Writing’s On The Wall is a regular feature on Pop! Goes The Reader in which I create desktop wallpapers inspired by some of my favourite novels, authors, and literary quotes.

I was lucky enough to be have been given the opportunity to read an advance reader copy of Eat Your Heart Out by Kelly deVos – which is available today in a book store and library near you! – and my attention was immediately riveted. Kelly’s newest novel offers a fascinating and creative blend of contemporary and horror fiction, as reluctant attendees at a weight-loss camp join forces and use their respective skills to battle a horde of ravenous zombies.

This action-packed adventure offers a thoughtful and scathing indictment of fatphobia and will hopefully help young readers combat the rigid, oppressive and toxic societal beauty standards they are exposed to beginning at an early age. While Vivian and the rest of her bunkmates appear to fit a series of familiar archetypes – the final girl, the jock, the outcast, the nerd, etc. – it quickly becomes clear that there is much more to them than initially meets the eye as secrets are revealed, relationships are tested and the reader becomes increasingly invested in the fate of these characters.

I was thrilled when Kelly approached me about creating a wallpaper to help celebrate today’s release of Eat Your Heart Out and I found so much to be inspired by in this exciting gem of a novel! 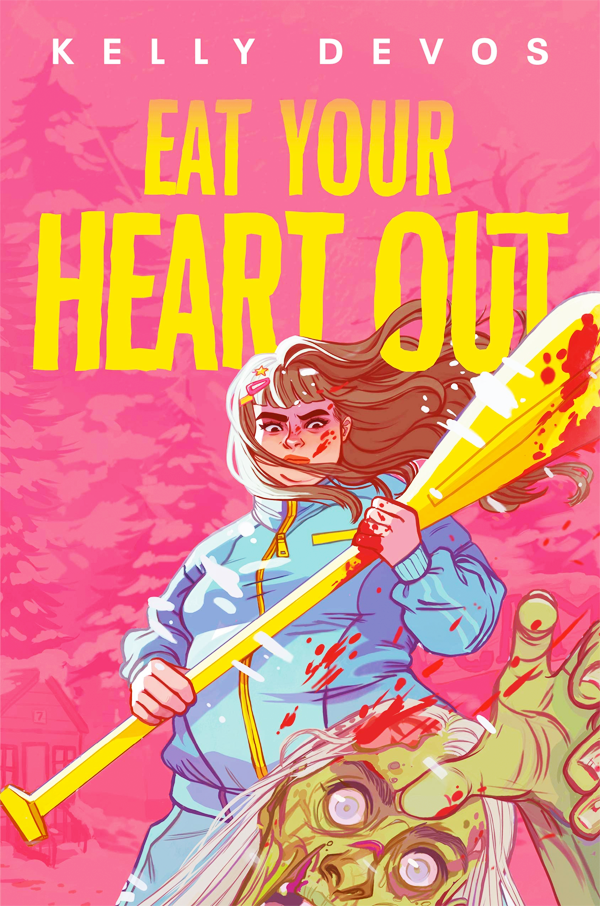 Shaun of the Dead meets Dumplin’ in this bitingly funny YA thriller about a kickass group of teens battling a ravenous group of zombies.

In the next few hours, one of three things will happen.

Vivian Ellenshaw is fat, but she knows she doesn’t need to lose weight, so she’s none too happy to find herself forced into a weight-loss camp’s van with her ex-best friend, Allie, a meathead jock who can barely drive, and the camp owner’s snobby son. And when they arrive at Camp Featherlite at the start of the worst blizzard in the history of Flagstaff, Arizona, it’s clear that something isn’t right.

Vee barely has a chance to meet the other members of her pod, all who seem as unhappy to be at Featherlite as she does, when a camper goes missing down by the lake. Then she spots something horrifying outside in the snow. Something…that isn’t human. Plus, the camp’s supposed “miracle cure” for obesity just seems fishy, and Vee and her fellow campers know they don’t need to be cured. Of anything.

Even worse, it’s not long before Camp Featherlite’s luxurious bungalows are totally overrun with zombies. What starts out as a mission to unravel the camp’s secrets turns into a desperate fight for survival – and not all of the Featherlite campers will make it out alive.

A satirical blend of horror, body positivity, and humor, Kelly deVos’s witty, biting novel proves that everyone deserves to feel validated, and taking down the evil enterprise determined to dehumanize you is a good place to start. 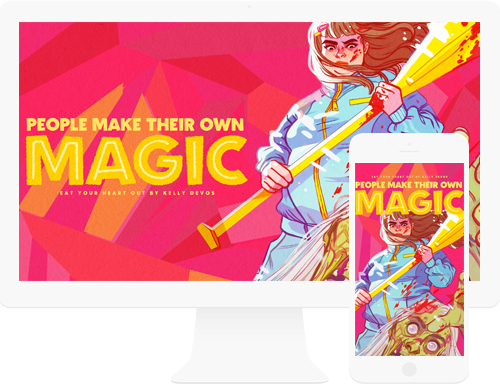