Between The Lines: The Sweet Sixteens Back To School Bookshelf Blog Tour – Day One

Hi everyone! I know the blog has been a little bit quieter than usual this week but today I’m happy to announce that Pop! Goes The Reader is back with a little something different – and fun! – as I collaborate with eight of the members of the The Sweet Sixteens to bring you an awesome two day event and giveaway: The Back To School Bookshelf Tour!

To help celebrate the publication (or soon-to-be publication) of these wonderful authors’ novels, today I’m sitting down with Bridget Hodder, Casey Lyall, Erin Petti and Wade White to ask the following burning question: “If you could give one piece of advice to your middle grade self, what would it be?” I had so much fun collaborating with the Sweet Sixteens gang on this project and I can only hope you’re enjoy their illuminating (and often hilarious) responses as much as I did. Stop by again tomorrow for part two of the tour, when I’ll be speaking with Sarah Reida, Kathleen Burkinshaw, Jennie K. Brown and Mike Grosso.

As an extra special bonus, the participating authors have also been generous enough to offer one lucky winner the chance to win signed editions of all eight of their novels! This giveaway can be found at the conclusion of today’s post and is absolutely one you won’t want to miss! 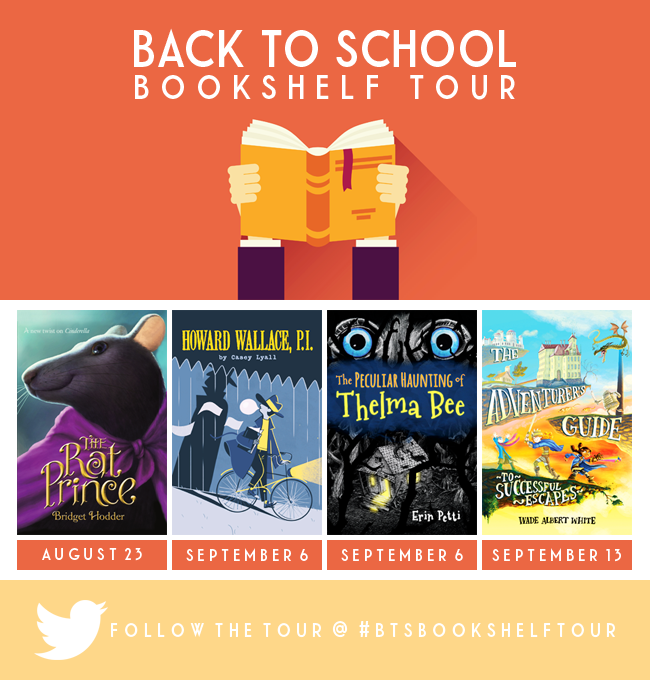 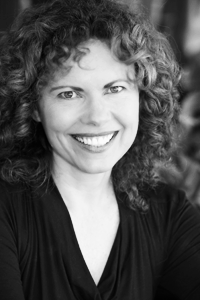 Bridget Hodder was an archaeologist, translating ancient documents in order to tell the stories of long-dead civilizations. Then she realized she had her own stories to tell.

Hey there, Middle Grade Me!

You know those roller-skates your dad got you? NEVER PUT THEM ON, or you’ll break your wrist and collarbone and have to wear a cast forever and ever and write with your other hand until you forget how to write properly with either one.

By the way, dear little misfit that you are: someday there’s going to be this thing called the Internet, where you’ll find a whole bunch of other folks EXACTLY like you…and proud to be that way! So hang in there.

And you know how much you love writing, but people are telling you that publishing is a foolish, childish dream? 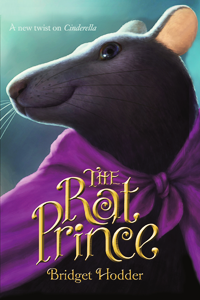 Cinderella thinks she must work alone to save her noble family from the ruin and disgrace her stepmother has brought to Lancastyr Manor. She has an ailing father, a sweet, innocent little stepsister and dependent servants to protect from the wicked Wilhemina – and no way to call attention to their plight unless she figures out how to attend the royal ball.

But Cinderella knows nothing of the ancient pact between the House of Lancastyr and the rats who live within the walls of her ancestral home.

Nor is she aware that the sleek black rat she thinks is her pet is actually The Rat Prince…and she is not alone. 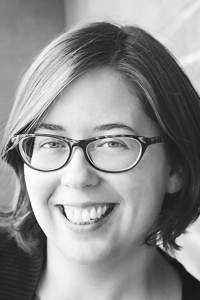 Casey Lyall (5’4”, brown hair, blue eyes, no known aliases) is a middle grade writer from Southwestern Ontario. She works at her local library where she runs a number of teen groups and waits for management to discover they’re actually paying her to have fun. When she’s not writing, Casey loves to bake, watch an “unhealthy” amount of movies and television, and of course, read. She’d consider adding detective work to the list if she could find a proper coat.

Part of me doesn’t want to say anything to Past!Casey because everything I went through back then brought me here and here is pretty darn good. However, if I can be guaranteed that this will have no effect on the space-time continuum, I will give it a go. Spoilers ahead.

First of all, definitely enter that lip-sync contest because you and your friends are totally going to win. Staying in at recess to practice = worth it. Styling your wardrobe after Lucas from Empire Records for most of Grade 8 was also an A-plus cool move. Zero regrets. Try to keep that awesomeness in your style. People will try to tamp it down.

Some people are also going to be rude to you. Like, mean and rude. About all kinds of things. Tell the adults. I know you’re trying to deal with it and that’s great, but seriously, you’re going to need help with this. Don’t be afraid to speak up. And remember this lesson for yourself too. Nasty behaviour is a cycle that feeds on itself. Don’t add to it. Be careful of your words. Be kind.

Just know that every year is going to have its challenges, but each one brings a cool new adventure too. Mark 2016 on your calendar and keep a spot open under L on the bookshelf.

Oh, okay, one more spoiler. You are not dating Joshua Jackson, but you levelled up and entered a karaoke contest. So you have that to look forward to. What can I say? You’re in good hands. 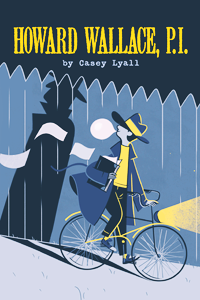 Twelve-year-old Howard Wallace lives by his list of rules of private investigation. He knows more than anyone how to work with what he’s got: a bathrobe for a trench coat, a makeshift office behind the school equipment shed, and not much else — least of all, friends. So when a hot case of blackmail lands on his desk, he’s ready to take it on himself…until the new kid, Ivy Mason, convinces him to take her on as a junior partner. As they banter through stakeouts and narrow down their list of suspects, Howard starts to wonder if having Ivy as a sidekick — and a friend — is such a bad thing after all. 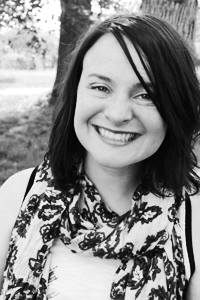 Erin Petti lives under big pine trees in Massachusetts with her husband, excellent daughter, and helpful cat. She loves to read about magic, dinosaurs, folklore, and ghosts. Erin has a Masters in Education and a background in improvisational comedy.

I would tell my middle school self that not being automatically good at something doesn’t mean you shouldn’t keep trying. If you just stick to the stuff that comes easy, you end up missing out on some of the most incredible things in life. Don’t be afraid to look stupid or dumb, just try. No one’s really paying that much attention to you anyway, they are all obsessed with how their jeans look. So why not go for it and stop worrying so much? Also, hair grows out. Chill. 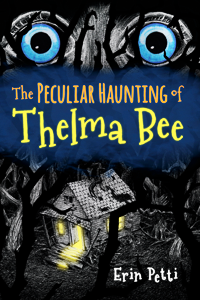 Eleven-year-old budding scientist Thelma Bee has adventure in her blood. But she gets more than she bargained for when a ghost kidnaps her father. Now her only clues are a strange jewelry box and the word “Return,” whispered to her by the ghost. It’s up to Thelma to get her dad back, and it might be more dangerous than she thought — there’s someone wielding dark magic, and they’re coming after her next. 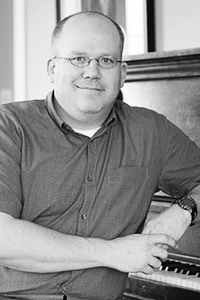 Wade Albert White believes he is a figment of his own imagination. He has yet to prove himself wrong. Also, he’s from Canada, which explains a lot.

For the most part you’re going to do okay in middle grade. You’ll make lots of friends and be involved in lots of fun activities, and that’s great. That’s exactly what you should be doing. But my one piece of advice would be to encourage you to put a little more effort into at least one or two areas and dig a little deeper, especially drawing and writing. I know it can be frustrating when you want something to turn out a specific way and the finished product doesn’t measure up, but sometimes it takes a while to get really good at your craft, and you simply have to be willing to put in the time. Trust me, it’ll pay off.

Also, one more thing: You’re going to learn to make your own clothes in home economics class, and that’s an awesome skill to have. But that pair of shorts you made with that really weird orange patterned material that never quite fit right? Yeah, those ones. Don’t wear those. 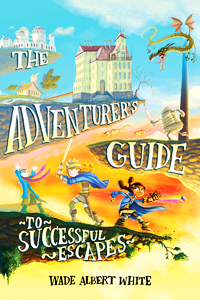 Anne has spent most of her thirteen years dreaming of the day she and her best friend Penelope will finally leave Saint Lupin’s Institute for Perpetually Wicked and Hideously Unattractive Children. When the big day arrives, a series of very curious happenings lead to Anne being charged with an epic quest. Anne, Penelope, and new adventuring partner Hiro have only days to travel to strange new locales, solve myriad riddles, and triumph over monstrous foes — or face the horrible consequences.