Hi everyone! Today I feel unspeakably lucky to welcome my friend, author Paula Stokes, to Pop! Goes The Reader. More specifically, Paula and I will be talking about her forthcoming YA novel, Girl Against The Universe, which is scheduled to be published on May 17, 2016 by HarperTeen. I was fortunate enough to have been given the opportunity to read an early draft of this novel in August 2015, and I promptly fell in love. Girl Against The Universe tells the story of Maguire, a girl suffering from grief, anxiety and post-traumatic stress disorder in the wake of the death of her father, brother, and uncle, an event for which she feels at least partially responsible. What follows is a sensitive, thoughtful and beautifully nuanced exploration of mental illness by Stokes, including a close examination of its effects and treatment. Maguire is a resilient protagonist who takes an active role in her treatment and recovery, and who is supported on her journey by a delightful cast of secondary characters including a loving, blended family, caring friends, and a boy who is sure to steal reader’s hearts.

I will be sharing a more in-depth review of the novel closer to its publication date, but today Paula has agreed to stop by the blog in order to speak specifically about the portrayal of mental illness in Girl Against The Universe, as well as the erroneous and potentially dangerous stereotypes about mental illness which are all too often represented in popular media. Best of all, Paula has been kind enough to offer a signed ARC of Girl Against The Universe to one lucky reader in an international giveaway! All of the information about this contest can be found at the conclusion of this post. 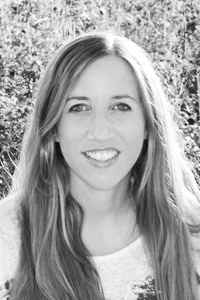 Paula Stokes is the author of several young adult novels, most recently Liars, Inc., which received a starred review from Kirkus. Paula has two new YA novels releasing in 2016 and two more scheduled for 2017. When she’s not writing (rare), she enjoys hiking, kayaking, and having adventures in faraway lands. Paula lives in Portland, Oregon.

I have an undergraduate degree in psychology and an advanced degree in nursing, but it wasn’t until I was talking with one of my psychologist/author friends that I realized how many negative mental health tropes and stereotypes are perpetuated by movies, TV, and books.

Of course I am not talking about all movies, TV, and books, and sometimes a storyline depends on a certain trope. If you’re writing a book about an evil therapist who does human experimentation, then yes, you’re going to need an evil therapist. But sometimes we rely on harmful or overdone tropes even when we don’t need them, because we’ve seen them a lot, and the more we see something the more true it feels, right? Except sometimes it’s not true at all.

With that in mind, one of my goals for Girl Against The Universe was to portray mental illness in a way that helps debunk some of the following myths. (FYI: I’m using “mental illness” to describe anything that can be diagnosed via the standards in the newest edition of the Diagnostic and Statistical Manual of Mental Disorders published by the American Psychiatric Association.)

Therapists are evil/incompetent/lecherous.
No wonder people don’t want to seek treatment. All those thrillers have shown us that we’re just going to be manipulated and used for Dr. Mysterioso’s nefarious purposes 😉 Or if not that, he’s surely going to hit on us when we’re at our most vulnerable. Add in the therapists who are so clueless or incompetent that it seems impossible they could have actually made it through graduate school, and today’s mental health professionals can get a pretty bad rap. The reality is that most therapists are hardworking, competent individuals who can help you navigate anything from the daily stress of school or work to more serious psychological problems.

In Girl Against The Universe, I purposely made my psychologist a young, hot male. And then I purposely made him have excellent boundaries, and made my main character not physically attracted to him. That might not make for quite as scandalous of a tale, but the reality is, most therapists do not hurt or hit on their clients.

Psychotropic medicines are bad.
Doctors don’t prescribe things like mood stabilizers and anti-anxiety medication lightly. If they give you a prescription, it’s because they think it will help you. Also, it’s normal to start a medication and need to have your dosage adjusted. Perpetuating the idea that it’s okay to quit your psych meds because they make you feel “fuzzy-headed” is potentially harmful. I once took an antibiotic for an infection and it made me feel fuzzy-headed. When I called my MD, he switched me from twice daily to once before bedtime and the side effect actually worked to my benefit and helped me sleep. Most side effects can be reduced or eliminated with a switch in medication, dose, or schedule. I’m not saying medication benefits everyone—some people do fare better once they quit their meds. But that’s a decision to be made between a client and a clinician. Having a protagonist quit their meds on their own with no consequences is not a good way to show strength or independence.

Maguire is not taking medication in Girl Against The Universe because she has developed effective (but somewhat unhealthy) coping mechanisms to deal with her chronic anxiety. However, she has taken meds in the past and at one point asks her therapist about getting an anti-anxiety prescription. He tells her that he can talk to her pediatrician if she really feels like she needs it. Medication is simply presented as one of several treatment options for Maguire, without any judgment or stigma attached.

Romance can cure mental illness.
I think meeting the right guy at the right time can cheer up someone who is a little bit sad or discouraged, but the idea that a guy (or girl) can come along and magically fix a person’s deeper psychological problems is a trope that needs to go away. New love interests are exciting and fun, but they also come with a ton of anxiety and expectations. When you add that burden to someone already struggling, more often than not romance complicates or exacerbates mental illness. Sorry, fairytale fans, true love doesn’t really conquer all, or if it does it’s the kind of unconditional love you get from your family and friends, not the romantic feels you get from the hot boy next door.

Even though Maguire is attracted to Jordy, she puts off his advances for the entire first half of Girl Against The Universe because she’s aware she’s not healthy enough to be in a romantic relationship. When they do eventually get together, Jordy’s needs and expectations cause problems for Maguire and force her to make some difficult decisions.

Mental illness can be magically fixed.
Some mental illnesses (again, per the diagnostic criteria in the DSM-5) can be cured while others can only be managed. It’s possible to overcome social anxiety or borderline personality disorder or anorexia or dissociative identity disorder, etc. But successful treatment of most psychiatric issues takes months, if not years. I understand the temptation to want to end a book or movie with the protagonist totally cured, but unless your story takes place over a long time span, that probably isn’t realistic.

Girl Against The Universe takes place over five months, and during that time Maguire makes huge strides toward overcoming her PTSD and anxiety, but at the end of the book she knows she still has work to do. The main changes for Maguire are that she has learned healthier thought patterns and she’s gone from avoiding her issues to facing them head on. Finally, she has the tools to work on healing herself completely.

Oh, and in case you guys don’t know me, you can feel safe mentioning any book, movie, etc. in these comments. We all have different opinions, which means that what works for you might or might not work for Jen and me, and that’s totally okay.

I’m not here to criticize anyone’s opinions or publicly condemn anyone’s creative work. I’m just hoping the post will make both readers and writers think critically about the way mental illness is portrayed and the comments will help me add to my TBR 🙂

I’ll get us started by recommending the movie Silver Linings Playbook. I haven’t read the book, but I thought the mental illness portrayal in the film was frighteningly good. (It hit me so hard at one point I thought I might have to leave the theater.) And even though the main characters are in a romance, at no point to me does it feel like that romance is “curing” their mental illness. And at the end of the movie, they still have work to do. 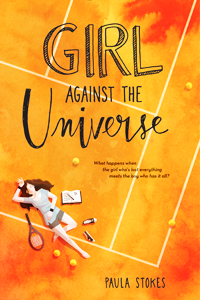 No matter how many charms she buys off the internet or good luck rituals she performs each morning, horrible things happen when Maguire is around. Like that time the rollercoaster jumped off its tracks. Or the time the house next door caught on fire. Or that time her brother, father, and uncle were all killed in a car crash — and Maguire walked away with barely a scratch.

It’s safest for Maguire to hide out in her room, where she can cause less damage and avoid meeting new people who she could hurt. But then she meets Jordy, an aspiring tennis star. Jordy is confident, talented, and lucky, and he’s convinced he can help Maguire break her unlucky streak. Maguire knows that the best thing she can do for Jordy is to stay away. But it turns out staying away is harder than she thought.

From author Paula Stokes comes a funny and poignant novel about accepting the past, embracing the future, and learning to make your own luck.

Paula has been generous enough to offer to give away a signed ARC of Girl Against The Universe to one lucky reader. Best of all, this contest is open internationally! Enter by using the Rafflecopter below for your chance to win. And tell us in the comments one book or movie that you think does a fantastic job of portraying mental illness and what you liked about it. (No spoilers, please!)