Please Note: I received a physical review copy and was monetarily compensated in exchange for reviewing the book below and the creation of a custom wallpaper. I promise that this compensation in no way affected my opinions or review. 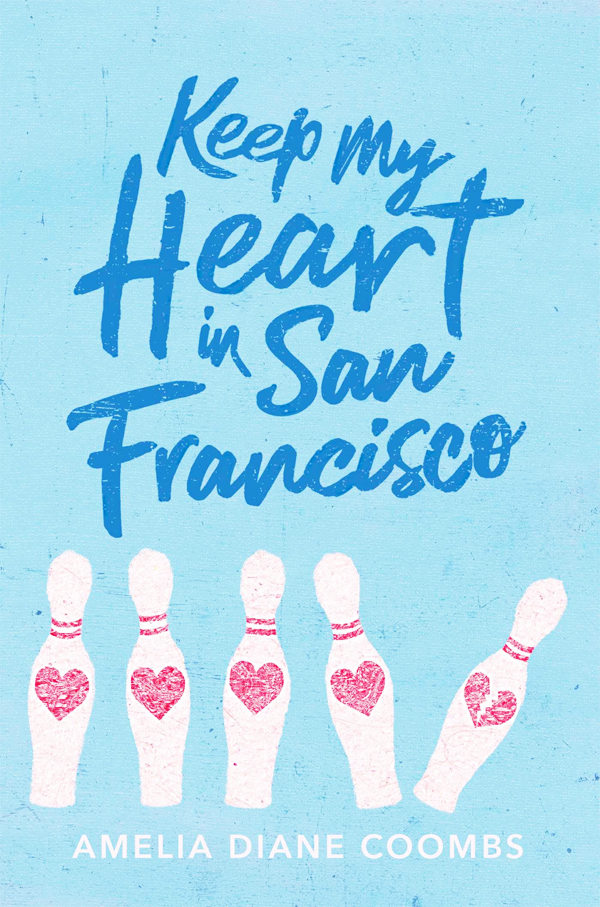 Sparks fly when two ex-best-friends team up to save a family business in this swoon-worthy and witty debut perfect for fans of Jenn Bennett and Sarah Dessen.

Caroline “Chuck” Wilson has big plans for spring break — hit up estate sales to score vintage fashion finds and tour the fashion school she dreams of attending. But her dad wrecks those plans when he asks her to spend vacation working the counter at Bigmouth’s Bowl, her family’s failing bowling alley. Making things astronomically worse, Chuck finds out her dad is way behind on back rent — meaning they might be losing Bigmouth’s, the only thing keeping Chuck’s family in San Francisco.

And the one person other than Chuck who wants to do anything about it? Beckett Porter, her annoyingly attractive ex-best friend.

So when Beckett propositions Chuck with a plan to make serious cash infiltrating the Bay Area action bowling scene, she accepts. But she can’t shake the nagging feeling that she’s acting irrational — too much like her mother for comfort. Plus, despite her best efforts to keep things strictly business, Beckett’s charm is winning her back over…in ways that go beyond friendship.

If Chuck fails, Bigmouth’s Bowl and their San Francisco legacy are gone forever. But if she succeeds, she might just get everything she ever wanted.

High school junior Caroline ‘Chuck’ Wilson has big plans for her upcoming spring break, including visiting endless estate sales and vintage shops, a tour of San Fransisco’s Fashion Institute of Design and Merchandising, and a week off from her part-time job at her family’s struggling bowling alley, Bigmouth’s Bowl. But when Chuck learns that Bigmouth’s needs to raise $8,000 in the next ten days in order to avoid eviction, threatening both her family’s legacy and her own future in the city she loves more than anything, Chuck will do anything to save Bigmouth’s, even if it means teaming up with her former best friend, who she hasn’t spoken to in a year. As she puts her bowling skills to the test in a series of increasingly difficult – and often risky – hustles and tournaments throughout the Bay Area, Chuck is also challenged to confront questions about her mental health and her shifting feelings for her former best friend in this heartfelt contemporary about young love, second chances and self-acceptance.

There’s a great deal more to Amelia Diane Coombs’s young adult debut than initially meets the eye. While the novel’s cover and synopsis might suggest it’s purely a light-hearted romantic comedy about one girl’s quest to save her family’s bowling alley, in actuality the novel blends lighter elements, like the burgeoning romance between Chuck and her former best friend, Beckett, with unexpected, weightier subject matter, including the protagonist’s complicated feelings about her deceased mother and her own mental health. This blend of the sweet and the serious is balanced well, and helps make Keep My Heart In San Fransisco more accessible to those who would like to explore challenging subject matter without feeling overwhelmed or defeated. That said, readers sensitive about the topic of suicide, death of a parent or mental illness (bipolar disorder, specifically) may wish to approach Keep My Heart In San Fransisco with caution, as these are predominant subjects throughout the novel.

As alluded to above, Chuck’s mother died by suicide when Chuck was a child and ever since learning about her cause of death – and her mother’s bipolar disorder diagnosis – Chuck has grown increasingly consumed by fears and insecurities about her own mental health. Her mother’s legacy, coupled with a number of depressive episodes in her own recent past, have caused Chuck to be hyper-vigilant about monitoring her moods and feelings and she lives in perpetual fear of what it means to be her mother’s daughter. As a result, Chuck struggles with a great deal of internalized shame, and is initially resistant to suggestions she would benefit from professional help. It’s only after having a candid and honest discussion about her worsening fears with her father at the conclusion of the novel that Chuck is able to work through her complicated feelings about her mother and learn to accept and love herself exactly as she is.

The author’s note at the conclusion of the book makes it clear this is a deeply personal #OwnVoices story that includes some parallels with the author’s own mental health journey. While Chuck can be reckless or misinformed in regard to her mental health, for example initially eschewing therapy because she finds it awkward to speak transparently about her feelings and fears, Coombs’ novel ultimately helps to destigmatize mental illness as Chuck’s attitude toward and perspective on her mental heath continues to evolve over the course of the novel. A conversation between Chuck and her father at the end of the book makes it clear that mental illness is no different than any other health condition and that no-one is at fault or to blame when a someone dies by suicide. “What happened to your mom is not your fault. It’s no-one’s fault, not your mom’s, not mine, not yours. It’s the same as any other illness.” By explicitly underlining the everyday nature of mental illness, Keep My Heart In San Fransisco actively challenges the fear and shame that Chuck experiences in regard to lingering questions about her mental health, and will hopefully help young readers to do the same.

The novel’s setting of San Fransisco is rendered so vividly as to nearly transform it into a character in and of itself. From the family’s yellow Victorian home in Hayes Valley to a stolen moonlit moment in Lake Merritt, Coombs gives the Bay Area a rhythm and personality all its own and brings it to life with such evocative detail it’s easy to understand why Chuck will do anything to remain in the city that holds such a special place in her heart. Equally compelling is Chuck’s clear enthusiasm for fashion. From her cat, Jean Paul Gaultier, to her habit of regularly mending and reinventing old clothing she finds at estate sales and vintage shops, Chuck’s interest in fashion and design is easily evident and consistent throughout the novel. Her own sartorial choices are also often regularly discussed, including a pair of 90’s Friends-inspired overalls, an imported vintage silk bomber jacket from Japan, and a collection of colourful wigs Chuck uses to disguise her identity while participating in various bowling tournaments. These elements demonstrate the author’s meticulous eye for detail, which help bring the novel to life in a colourful, tangible way.

In addition to offering a sincere, sensitive and heartfelt portrayal of one girl’s quest for greater self-acceptance and understanding, Keep My Heart In San Fransisco also includes a compelling narrative that propels the novel forward regarding the uncertain fate of Bigmouth’s Bowl and Chuck’s future in the city that holds a very special place in her heart. These elements, coupled with a touching burgeoning romance between two ex-friends seeking forgiveness and a fresh start, culminates in a delightful, earnest contemporary novel that offers a little something for everyone and demonstrates a promising start to this debut novelist’s career. 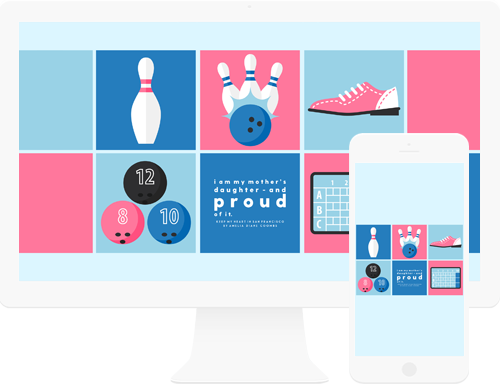