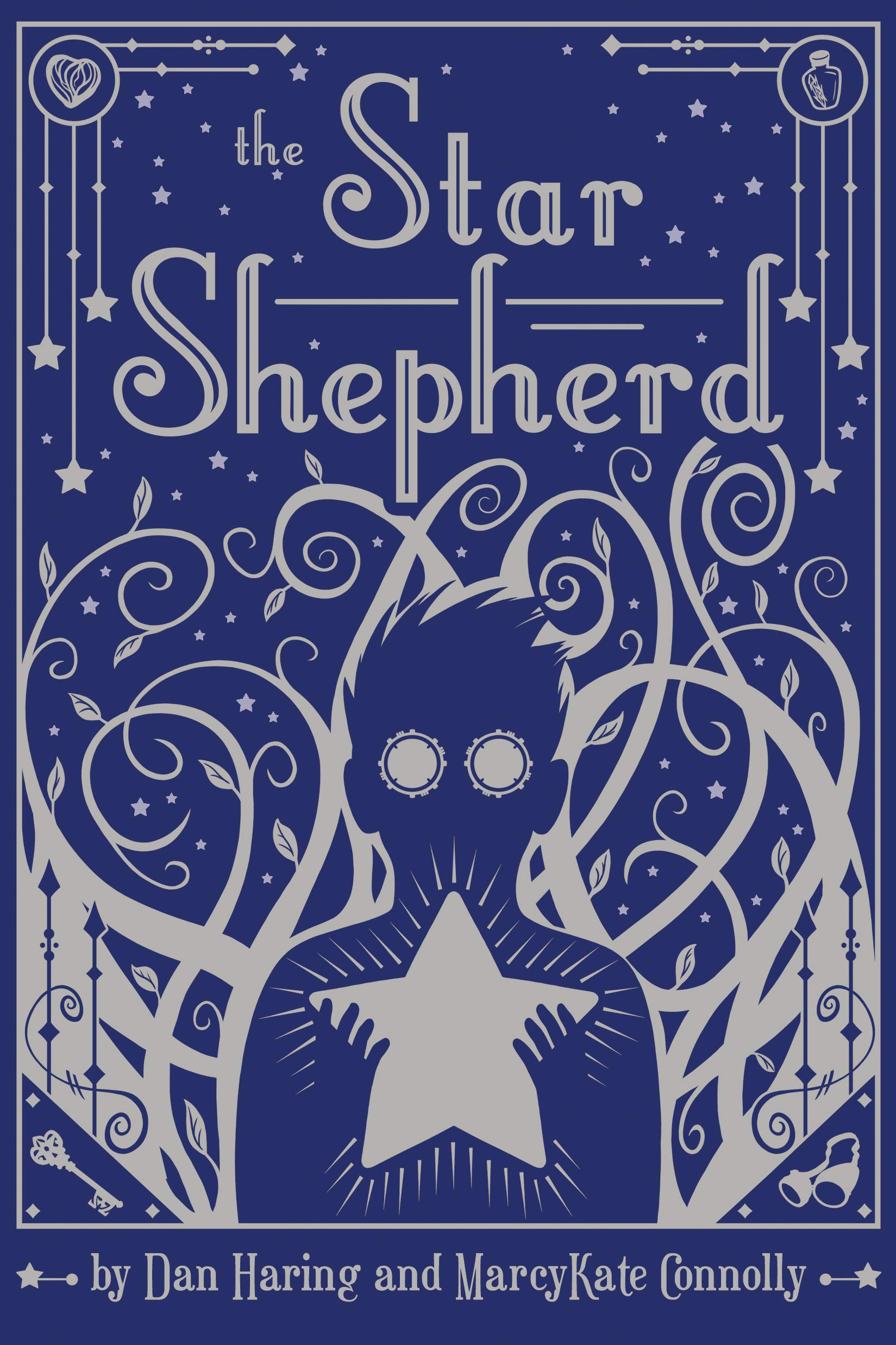 Neil Gaiman meets How To Train Your Dragon in this beautifully illustrated middle-grade novel about a boy, his trusted dog, and his best friend, as they race to save the stars before their light is extinguished for good.

When the world first formed, the night was black and filled with dark creatures. The Elders knew their people couldn’t survive under such a threat. So they gave their hearts to the sky in the form of stars to keep evil away.

Now, eleven-year-old Kyro is a Star Shepherd like his father. He’s spent his life tucked away in the small town of Drenn. There, the family watches the night sky for falling stars – and rushes to rescue them when they do.

When too many stars start falling at once, and disappearing before they can be saved, Kyro’s father journeys to report the threat. But when he doesn’t return, Kyro, with the help of his best friend, Andra, and his trusty dog, Cypher, must find a way to save the stars before the dark creatures make a terrifying return.

“Kyro stared, mouth agape, as an awful realization dawned on him at last: nothing would ever go back to normal again. Maybe there’d be a new normal at some point in the future, but the one he’d known was gone. First in Romvi, now in Drenn. He could run away, or he could stand up – with Andra – and be brave.

It was an easier choice that he’d expected.”

Thousands of years ago, when the night was bathed in nothing but darkness and fearsome shadow monsters roamed the land, the ancient council of Seven Elders determined that the best way to protect their people and banish the monsters was with light. They blanketed the sky with stars, even going so far as to give pieces of their own hearts to the heavens. In the present day, eleven-year-old Kyro and his father, Tirin, live on the outskirts of the small village of Drenn, where they are employed as Star Shepherds. As Star Shepherds, they have sworn a sacred oath to monitor the night sky, protect the stars, and return any that may fall to earth to their rightful place. When the stars begin to fall in greater numbers and there is evidence to suggest they are being torn from the sky rather than falling naturally, Kyro’s father goes to investigate, only to disappear soon after. Now Kyro, along with the help of his beloved dog, Cypher, and his dear friend, Andra, will have to embark on a harrowing adventure to save the stars and rescue his father as he treks across a black sand desert, stows away aboard a pirate ship, and braves the mysterious Radamak Mountains, filled with fire-breathing spiders, mechanical giants and untold secrets simply waiting to be discovered.

I’ll be the first to admit that I was a little apprehensive when I was first contacted by Sourcebooks and agreed to read and review The Star Shepherd on Pop! Goes The Reader. As those who have read the blog for a number of years now know, I’m most familiar with the contemporary and realistic fiction genres, so a fantasy story filled with a combination of magic and steampunk elements was a little intimidating. That said, I needn’t have worried, as Dan Haring and MarcyKate Connolly’s The Star Shepherd is an exciting, creative, action-filled fantastical adventure that is thrilling and accessible even for those relatively unfamiliar with the genre, like myself.

Many of the characters are broadly drawn and familiar archetypes, but this does not make them any less loveable or easy to root for. I was particularly pleased to see the inclusion of two tenacious, admirable female characters. This includes Andra, Kyro’s best friend and the village baker’s daughter who is brave, determined, and knows her own mind, and Salban, a captain who is strong enough to command her own band of pirates but is also filled with a great deal of grace and mercy. The novel’s protagonist, Kyro, is an equally exemplary character, as he is both courageous and responsible enough to protect the stars at great cost to himself but also given the space to be vulnerable and even sad about his distant relationship with his father, who is mired in grief over Kryo’s mother’s death.

The Star Shepherd is complimented throughout with both full-page illustrations as well as smaller illustrations at the beginning of each chapter. The latter are a particular highlight as they offer the reader an intriguing glimpse of what’s to come in the following pages. The majority of the novel’s illustrations are alternatively bold, atmospheric, evocative and even charming, although I did find that the chosen art style was not quite as effective and expressive when it came to the rendering of the human characters.

The conclusion of The Star Shepherd seems to imply that this may only be the first in a series of books set in this imaginative and dynamic world of Dan Haring and MarcyKate Connolly’s creation and I would happily join Kyro, Andra, Captain Salban and the others for further adventures! There is a great deal to love about The Star Shepherd, not the least of which includes the book’s touching, heartfelt messages about using light (both literal and figurative) to combat the darkness and the beauty and power of teamwork to achieve a common goal and fight for the greater good.

Please note: I received a hardcover edition of The Star Shepherd and a small fee in exchange for a fair and honest book review. I promise that this compensation in no way affected my opinions or review.