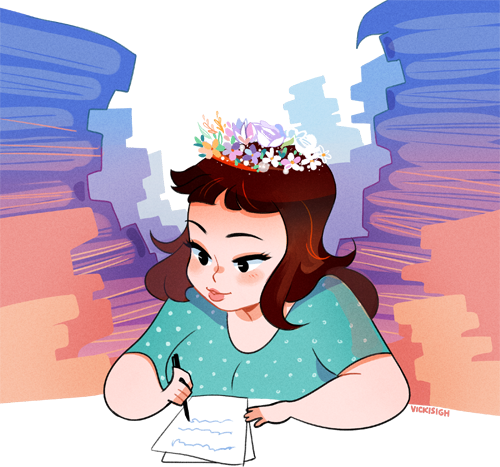 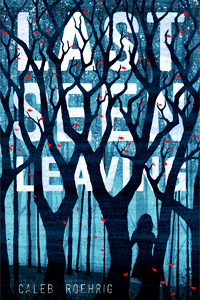 Flynn’s girlfriend has disappeared. How can he uncover her secrets without revealing his own?

Flynn’s girlfriend, January, is missing. The cops are asking questions he can’t answer, and her friends are telling stories that don’t add up. All eyes are on Flynn — as January’s boyfriend, he must know something.

There was a corpse in my neighbour’s front yard.

When two police officers arrive unexpectedly on the Doherty doorstep one week before Halloween, fifteen-year-old high school sophomore Flynn Doherty’s biggest concern is the half ounce of weed he and his best friend, Micah, had purchased and hidden in Flynn’s bedroom days before. The last thing Flynn anticipated was that they were, in actuality, there to inform and question him about the sudden disappearance of his ex-girlfriend and best friend, January McConville. Wracked with guilt about his inability to be entirely honest about the last time he saw January, dissatisfied with the scope of the police’s inquiry and desperate for answers about the girl he loved and once believed he knew better than he knew himself, Flynn begins to conduct his own examination into the circumstances surrounding January’s disappearance. When January’s blood-soaked clothes are discovered and the scope of the investigation shifts from ‘missing’ to ‘murder’, however, the stakes have never been higher as Flynn desperately attempts to determine which of his ever-growing list of suspects had the motive, means and opportunity to do her harm. Was it January’s step-father, the ambitious and manipulative state senator? The scheming, unscrupulous campaign manager? The directionless, disgusting step-brother? The narcissistic, histrionic mother? As evidence mounts, secrets are revealed, lives are changed – and lost – and Flynn’s investigation intensifies, one crucial question remains: What happened to January McConville?

January had been troubled by something, and I was so terrified of being honest that I’d made things worse on purpose. And now she was missing. Missing. What if the scenario was truly worst case? What if I could have done something to prevent it, but I’d let my secret get in the way?

Last Seen Leaving is a novel predicated on a boy’s search for his missing ex-girlfriend but as Flynn quickly discovers, searching for the truth about January’s disappearance will mean first accepting and understanding the truth about his own sexuality and authentic self. Having grown up in a quiet, middle class suburban neighbourhood in Ann Arbor, Michigan, Flynn never questioned what he perceived to be the inevitability of his future as a heterosexual man, going so far as to expect a sexual attraction to women to eventually develop, even when there was ample evidence that this would never occur. Flynn’s growing understanding that his future may be very different than the one he imagined and that it’s imperative that he be honest – both with himself and with others – about his sexual orientation offers a touching and insightful glimpse into the experience of coming out and acts as one of the central narratives of the novel. Though the circumstances surrounding Flynn’s journey of self discovery are, admittedly, a little extreme, they are no less realistic or relatable as Roehrig explores numerous aspects of the queer experience. Gay readers will no doubt find visibility and comfort in Flynn’s story and the love and acceptance he ultimately receives from the majority of those in his life. While it eventually becomes clear that Flynn was never sexually or romantically attracted to January, there can be no doubt for his deep love for her. The author accomplishes this by thoughtfully and carefully interspersing the narrative with moments from their shared history, which allows for a greater understanding of January’s character, whom the reader is only ever able to learn about from the unreliable and subjective perspective of other, and underlines a significant and abiding connection between Flynn and January that extends far beyond the physical.

January gave me a bemused look that might or might not have been genuine, a knowing glint flickering in the depths of her placid blue eyes. “Flynn, haven’t you figured it out by now? I’m not scared of anything.”

Oh, what a tangled web we weave, when first we practise to deceive… In addition to being a captivating contemporary story, Last Seen Leaving is also a gripping and elaborately-constructed mystery. Roehrig seamlessly blends the contemporary, thriller and mystery genres to great success, incorporating elements of the former without ever losing sight of the latter. Readers cannot help but feel compelled to keep reading as Flynn’s investigation hurtles toward its startling and surprising conclusion, ultimately unravelling the convoluted web of lies, secrets and deception that have long defined January’s life. In doing so, Flynn also uncovers a plethora of suspects, each of whom have a compelling and increasingly sordid reason to want January to disappear. Last Seen Leaving also successfully subverts tropes synonymous with the thriller and mystery genres as well as reader expectations as it explores a narrative outside of the largely tragedy-based LGBTQIA stories that have long saturated the YA market. Flynn is not the victim of a violent crime whose suffering is meant to teach the audience a lesson about ‘tolerance’ or inclusion, but rather the brave hero whose tireless efforts and dogged determination single-handedly solve the case. Representation matters, and literature is never more powerful than when it is used to show readers of all races, religions, backgrounds, body types, and sexual orientations that they deserve to be the heroes and heroines of their own story. Last Seen Leaving reinforces this, demonstrating that a homosexual protagonist can solve the crime, fall in love, and save the day and need not be relegated to the background or a supporting role. Flynn’s burgeoning romance with a secondary male character, a Muslim, is especially charming and beautifully executed as Flynn is given the opportunity to act on his true feelings and desires for the very first time.

Would we really find her today? Did we want to? After all, if she were this close to home, and had been all along, then either she was camping in the woods somewhere…or she was dead.
And January had never been a big fan of camping.

As the days grow shorter and the evenings grow colder, few books are more perfectly suited for a dark and stormy night spent curled up indoors than Last Seen Leaving, an impressive and accomplished debut novel from a promising new voice in young adult fiction. A diverse, inclusive #OwnVoices narrative that seamlessly blends the contemporary and thriller genres to great success, Last Seen Leaving offers a compelling character study and a complex mystery complete with twists, turns, and an unexpected conclusion that will have readers riveted until the very last page.

● Melissa @ Book Nerd Momo wrote “Last Seen Leaving will sink its claws into you and not let go until you turn the final page.” (Read the rest of the review Here!)

● Alex @ The Book’s Buzz wrote “Last Seen Leaving is a blow-you-out-of-the-water, heart-racing and headache-inducing kind of book.” (Read the rest of the review Here!)

● Kylie @ Polished Page Turners wrote “I loved this book more than I initially expected when I picked it up, and I don’t doubt that it’s going to surprise everyone who reads it.” (Read the rest of the review Here!)