Hi everyone! The cover reveals continue this week as I’ve been asked by co-author team Kiersi Burkhart and Amber J. Keyser to host the exclusive cover reveal for their forthcoming 2017 middle grade release, One Brave Summer. Coming to a bookstore and library near you January 1st, 2017 from Darby Creek Publishing, One Brave Summer is one instalment in the four book Quartz Creek Ranch series that will be released simultaneously in the new year. This series centres around the stories of a group of troubled ten to twelve-year-olds on a quest for hope and healing as they put their hands and hearts to work on the ranch and in caring for the therapy horses. Please read on to learn more about this diverse and inclusive middle grade book (and series), including an exclusive cover reveal, a personal note from Amber J. Keyser about the book’s origins and an opportunity to win an advance reader copy of One Brave Summer.

It should be illegal to have this much fun writing books!

In fact, Kiersi Burkhart and I had such a good time writing the four books in the Quartz Creek Ranch series that we’ve been joking about how we’re going to have to write fan fiction about the goofy ranch manager and the whip-smart veterinarian. But I’m getting ahead of myself.

Kiersi and I met on Twitter and then in real life when we realized we were in the same city. We immediately hit it off. When we discovered that we both loved horses and grew up riding and had a sweet spot for middle-grade books, an absolute creative explosion occurred. (Lucky we didn’t take out half the city!) Within a few hours of giddy conversation, the series concept, the setting, and the major characters poured out in an ecstatic rush.

We each took the lead on writing two of the four titles in the series, but we consulted with each other at every step. Once we both agreed on an outline, one of us drafted and the other was the first reader, offering substantive feedback on plot points and character development as well as line edits that helped make all of the books have the same sound and feel. Our goal was to make it impossible for you to guess who wrote which title.

Our agent sold the series to Stabenfeldt, a Scandinavian publisher, first. So right off the bat we were working with translators for the Swedish, Finnish, and Norwegian editions. Shortly afterwards, Darby Creek (a Lerner Books imprint) bought the North American rights and decided to release all four titles together with a special focus on bringing them into school library collections and book clubs.

But back to the fun…Our collaboration was pretty darn seamless. If I got stuck, Kiersi always had a brilliant solution (or two or three). When she needed a nudge, I was there with metaphorical cupcakes and lattes. We never had a fight, and I’m absolutely positive that the books are better because we wrote them together.

We are so excited to share these beautiful covers with you. Thanks, Jen, for sending One Brave Summer out in the world. We can’t wait for you to get to know Paley and Prince.

Tune into @Kiersi and @AmberJKeyser on Twitter to catch the announcements for the next three titles, and we’d tip our Stetsons to you if you feel like pre-ordering. Giddy-up, Cowgirls and Cowboys, and get ready for Quartz Creek, where horses make everything better! 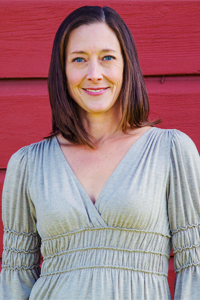 Amber J. Keyser is happiest when she is in the wilderness with her family. Lucky for her, the rivers and forests of Central Oregon let her paddle, hike, ski, and ride horses right outside her front door. When she isn’t adventuring, Amber writes fiction and nonfiction for young readers and goes running with her dog, Gilda. 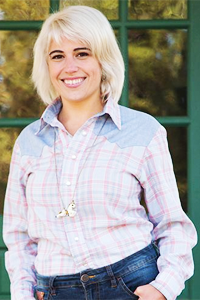 Kiersi Burkhart grew up riding horses on the Colorado Front Range. At sixteen, she attended Lewis & Clark College in Portland and spent her young adult years in beautiful Oregon — until she discovered her sense of adventure was calling her elsewhere. Now she travels around with her best friend, a mutt named Baby, writing fiction for children of all ages. 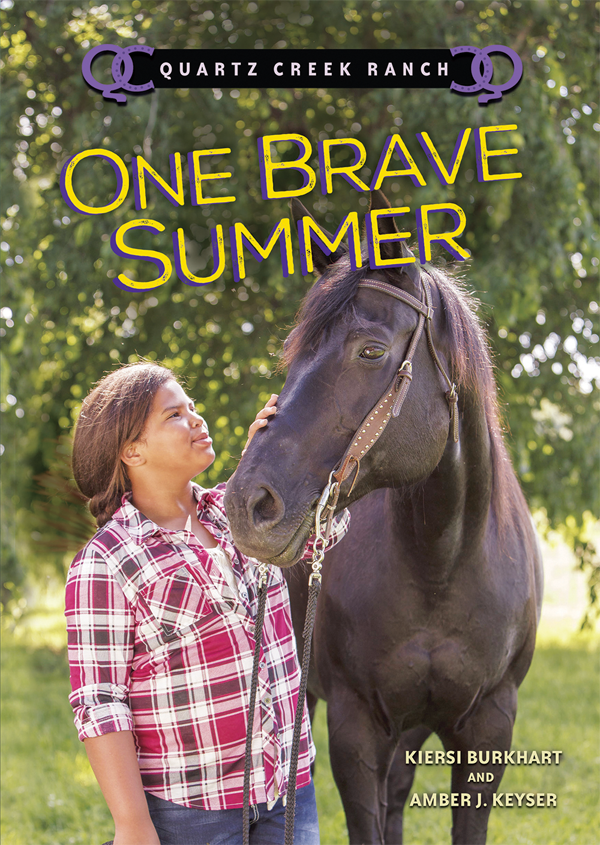 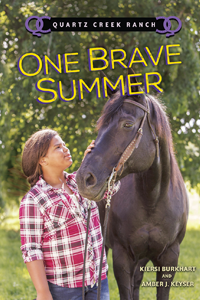 Paley Dixon is not excited about six weeks on a horse ranch without access to the virtual world of Dragonfyre. In-game, she’s the Blue Elf, strong and powerful. In the real world, she’s coming off a bad year after moving from Los Angeles to Denver. At least Prince, the majestic horse she’s paired with at Quartz Creek Ranch, makes her feel like royalty.

To gain Prince’s trust, Paley has to find her own confidence, which isn’t easy with jerks like Bryce around. When she makes an exciting discovery near the ranch, life finally seems as interesting as Dragonfyre. But to protect her real-world treasure, she’ll have to figure out how to turn courage into action.

As an extra, exciting bonus, Amber and Kiersi have been kind enough to offer one lucky reader the chance to win an advance reader copy of One Brave Summer! This contest is open to residents of the U.S. and Canada and the prize will be distributed once advance reader copies become available. Please fill out the Rafflecopter form below to enter!