Cover Reveal: The Wolf of Cape Fen by Juliana Brandt

Happy Friday, friends! We made it through another week! Hooray! Today on Pop! Goes The Reader I’m so happy to welcome author, Juliana Brandt, to the blog as we share the exclusive cover reveal for her 2020 middle grade debut novel, The Wolf of Cape Fen! Coming to a bookstore and library near you April 7th 2020 by Sourcebooks Young Readers, The Wolf of Cape Fen follows the story of Eliza, who embarks on a journey to save her sister from an enchanted wolf by breaking a magical bargain in their winter-cloaked town of Cape Fen, only to discover that her sister’s life may not be the only one at stake.

When Juliana first shared the cover of The Wolf of Cape Fen with me, I could hardly believe my eyes. The cover’s design by Nicole Hower with accompanying artwork by Jana Heidersdorf is absolutely breathtaking, and offers a beautiful, haunting glimpse into this magical middle grade tale. I’m honoured to have been able to help share it on Pop! Goes The Reader today. Juliana has been kind enough to share an illuminating author’s note about both the writing and cover design process, so please read on to learn all about The Wolf of Cape Fen! 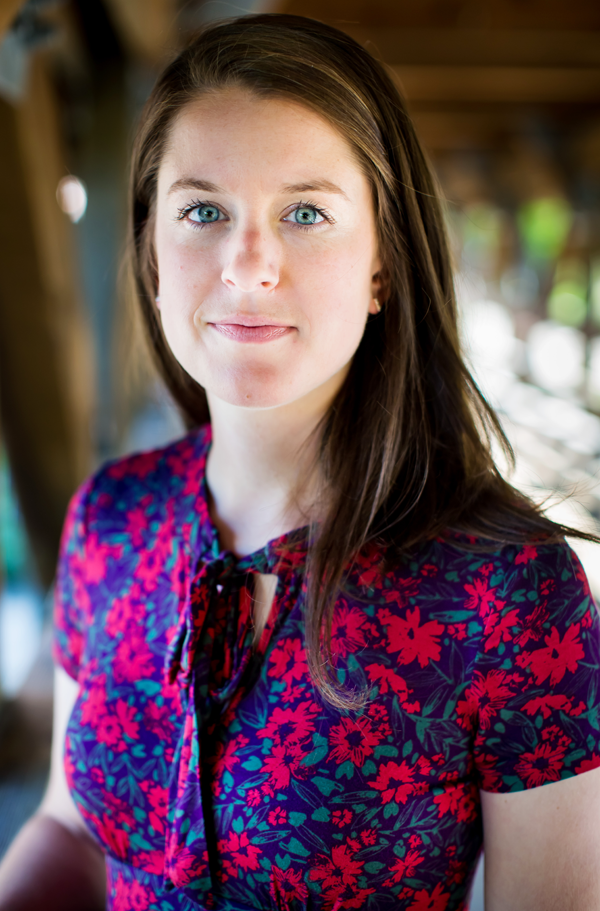 Juliana Brandt is an author and kindergarten teacher with a passion for storytelling that guides her in both of her jobs. She lives in her childhood home of Minnesota, and her writing is heavily influenced by travels around the country and decade living in the South. When not working, she is usually exploring the great outdoors. Her debut novel, The Wolf of Cape Fen, will be published by SourcebooksKids in April 2020. Her writing is represented by Natalie Lakosil of Bradford Literary Agency.

The cover for The Wolf of Cape Fen exceeded any and all expectations I had and receiving it was a surprise in more ways than one.

I’ve never been much of a visual thinker. Of course as a writer, I imagine scenes plenty. They live inside my head, often like a three-dimensional movie. Usually, what fills that movie screen is made up of movement and feelings and dialogue. Rarely do I sit and picture the intricate physical details of a scene, and I’m certainly not an author who knows exactly what their characters look like. At most, I have vague impressions. This means that while I can often describe how a character might walk and move, how their facial expressions change and use their hands while they talk, I rarely know what their actual face shape is and I have to work hard to describe how they might dress.

This is one small reason why I’d never spent much time picturing or dreaming about what the cover for The Wolf of Cape Fen might look like.

After signing my book contract, I was encouraged by my agent, Natalie Lakosil, to send a concept board to Sourcebooks, something that would include images that had inspired me while working on the manuscript, along with other book covers I responded to and adored. I gathered the covers to books like Whichwood by Tahereh Mafi, The Voyage to the Magical North by Claire Fayers, and Hoodoo by Ronald L. Smith, and collected images that spoke to the big themes of my story: two sisters holding hands with their back to the viewer, mysterious wolves, twisty ocean waves, a lighthouse, and the night sky. I wasn’t entirely sure what the design team might come up with after looking at the pieces I’d placed together, but I had confidence that while I might not be a visual thinker, the people who were working on my cover certainly would be. Surely they could come up with something beautiful!

Months later, I received the most marvelous email from my editor. A draft of my cover!

Entrusting your story to another person who will sum it up through a medium you have no understanding of is intimidating! But true to every experience I’ve had thus far with Sourcebooks, my story was treated as if it were priceless. The design team tapped into the heart of The Wolf of Cape Fen, transforming my story into a work of art. The cover was hauntingly lovely.

When you look at the cover, I hope you notice all the pieces I’d hoped it would include: the sisters, the wolf, the ocean waves, the lighthouse, and the night sky. But included too are pieces I never would have considered: the ocean foam, the bright beam from the lighthouse, the incredible font with the water swirling through, the snow on the edges of the cape setting, the magic that seems to live inside the wolf’s fur. All of these parts add up to create an atmosphere that speaks directly to the book I wrote.

The Wolf of Cape Fen, in many ways, is an ode to my deepest treasures in life. To have it so lovingly honored in the cover design and illustration that Nicole Hower and Jana Heidersdorf created is quite unbelievable. It’s more than what I had ever imagined.

And the added bonus is my name in clear script at the bottom of the cover. How utterly perfect is that? 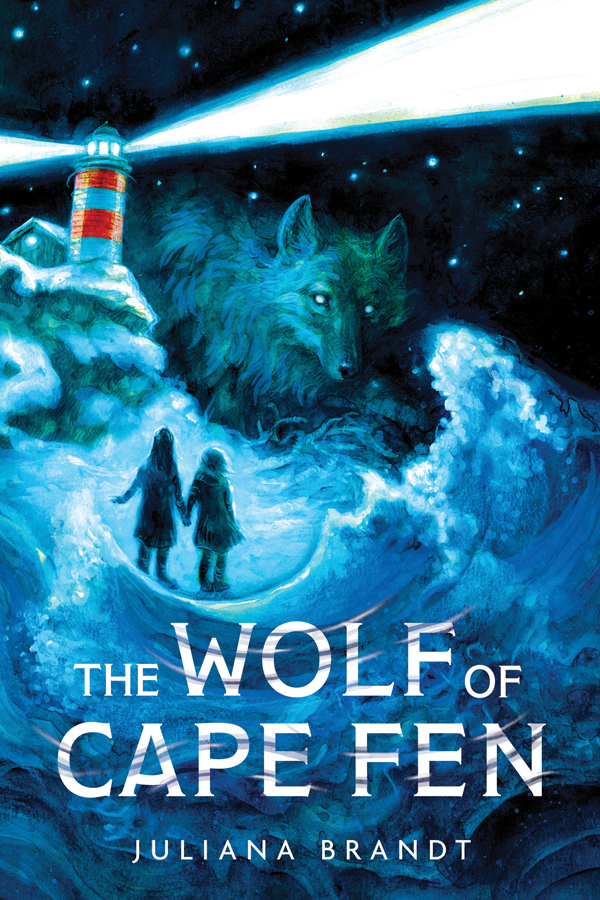 First Frost has touched Cape Fen, and that means Baron Dire has returned. For as long as anyone can remember, Baron Dire has haunted the town come winter, striking magical bargains and demanding unjust payment in return. The Serling sisters know better than to bargain, lest they find themselves hunted by the Baron’s companion, the Wolf.

Then the Wolf attacks Eliza’s sister Winnie. They manage to escape, but they know the Wolf will be back, because the Wolf only attacks those who owe the Baron Dire. Winnie would never bargain, so that must mean that someone has struck a deal with Winnie as the price.

Eliza embarks on a journey to save her sister, but as she untangles the links between Baron Dire, the Wolf, and her family, she discovers a complicated web of bargains that cross all of Cape Fen. If Eliza can learn the truth, she might be able to protect her sister, but the truth behind the bargain could put her own life in danger.

A beautiful and magical middle-grade debut about sisterhood, sacrifice, and what happens when the dreams we hid within ourselves come to light.