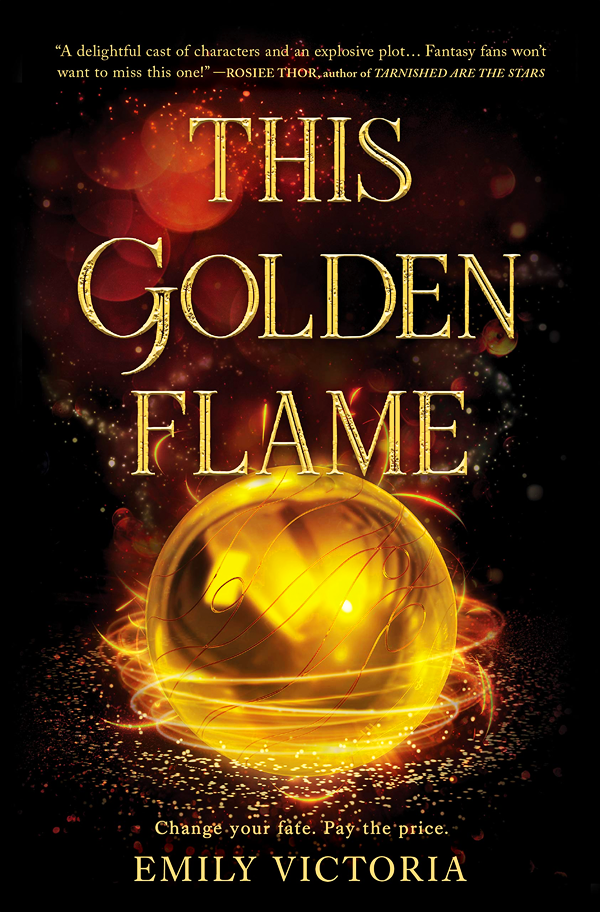 Coming to a bookstore and library near you on February 2nd 2021 (only two weeks away!), Epic Reads described This Golden Flame this way: “Karis doesn’t care much for the Scriptorium for whom she works – until the day she awakens a hidden automaton whose traitor father once tried to destroy the automatons for good. Now, they’re being hunted.” With a diverse cast of LGBTQ+ characters, and what has been described by Audrey Coulthurst as “intricate worldbuilding”, This Golden Flame is an irresistible adventure sure to be at the top of many fantasy fans’ must-read lists this year!

Please read on to learn more about This Golden Flame, including a special note from the author, an exclusive excerpt from the book and the opportunity for one lucky reader to win a copy of Karis’ story!

Orphaned and forced to serve her country’s ruling group of scribes, Karis wants nothing more than to find her brother, long ago shipped away. But family bonds don’t matter to the Scriptorium, whose sole focus is unlocking the magic of an ancient automaton army.

In her search for her brother, Karis does the seemingly impossible ― she awakens a hidden automaton. Intelligent, with a conscience of his own, Alix has no idea why he was made. Or why his father ― their nation’s greatest traitor ― once tried to destroy the automatons.

Suddenly, the Scriptorium isn’t just trying to control Karis; it’s hunting her. Together with Alix, Karis must find her brother…and the secret that’s held her country in its power for centuries. 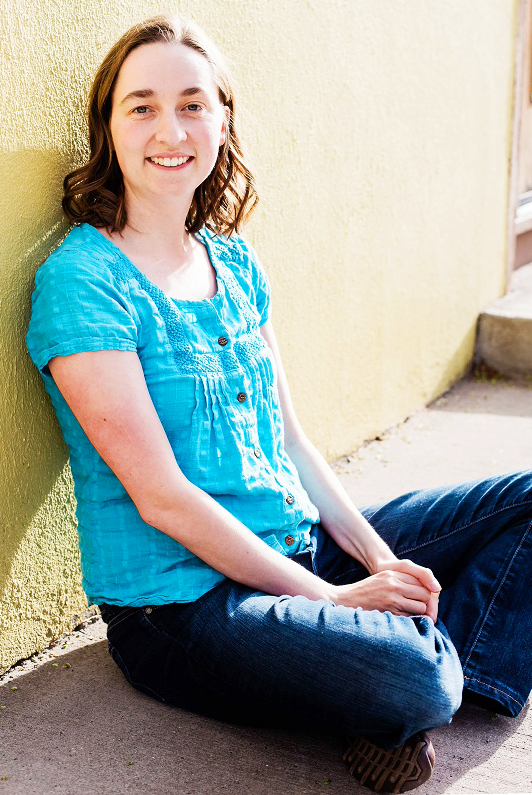 Emily Victoria is a Canadian prairie girl who writes young adult science fiction and fantasy. When not word-smithing, she likes walking her over-excitable dog, drinking far too much tea, and crocheting things she no longer has the space to store. This Golden Flame (Inkyard Press/HarperCollins) is her debut novel.

This Golden Flame is truly the story of my heart. I gave bits of myself to both Karis and Alix and it is these two characters — their struggles, their dreams, and above all, their friendship — that form the center of my book. It’s a story of finding hope despite trials and difficulties, and of finding who you are, and I’m so excited to share it with you all.

The hallways of the Tallis Scriptorium are always so black at night. Statues and busts loom out of the dark and ribbed columns stretch down from the roof like pale fingers. I’ve taken my sandals off, twined their laces together, and hung them off my shoulder where they can’t make any noise, and the cold of the floor leeches through the soles of my feet. I pull my himation tighter around me, the rustling of the cloak a bare whisper. If this were day, I would hear the quiet scratch of reed pens against parchment in the study rooms to the east, the droning buzz of a master’s lecture from the hall. But in the night, it’s so stiflingly quiet. Like a tomb.

Even after seven years I’m still not used to it. To the quiet. The dark. Back on Heretis, the island I grew up on, there was always noise, always light, even in the rundown streets my brother and I haunted, where not many could afford oil for their lamps. Here on Tallis, the black is deep and somber, every door locked and every shutter latched firmly shut, as if the masters fear thieves who might lurk out there in the wilderness and the night.

If only they knew the thieves were already inside.

I slink down the shadowy hall, my eyes straining to navigate the black, even though it isn’t really the dark that’s a risk. Being out of bed this late would earn me a lashing, but at least that’s all I’d get. The true risk is in anyone discovering what I stole: the ledger currently clasped to my chest, its leather cover warm beneath my fingers. I can’t even say what the punishment for this would be, because as far as I know no one’s ever been impudent enough to try it.

At least not before me, and I prefer the term reckless.

I reach the west hall. Giving a quick glance up and down the silent corridor, I lift the latch on the closest window, wincing as it squeaks. I push the shutters open and night air brushes my skin.

The chilled marble of the windowsill stings against my legs as I swing over and drop into a crouch in the deep shadows by the edge of the building. From far off I can make out the sound of the waves crashing against the cliffs, the sharp tang of seawater hanging in the air. I take a deep breath, trying to trap the taste of it in my lungs.

I look across the dark courtyard to one of the smallest buildings. Despite its size, it’s all marble with a full colonnade around its edges and elaborate moldings of masters and ledgers and automatons in the frieze running along the edge of its roof, darkened now with shadows.

The Hall of Records.

The second watch rings across the complex. I allow myself a smile. Perfect. There shouldn’t be a patrol anywhere near here right now. I take off across the courtyard, bare feet pounding the packed dirt, not slowing until I slip past the colonnade. Bars of moonlight glow against the floor, stretching from the pillars that surround the open atrium I stand in. The back of the space is lost in the gloom, but it’s impossible to miss the glimmer of gold, too vivid and bright to be anything but Scriptwork.

I pad silently over, avoiding the strips of moonlight and sticking to the shadows. As if the night sky will tell on me. Details swim from the dark: olivewood doors stretching high above my head, framed with brass and cut with flourishes and curls; the seal of bronze plastered to their center; and the rune carved deep into the metal, a tangle of thick golden strokes, bent around each other as if in a knot. A lock rune. The most complicated rune on this island.

One lucky reader will win a copy of This Golden Flame! This contest will run from January 19 – February 2nd and the winner will be chosen at random at the conclusion of the giveaway.