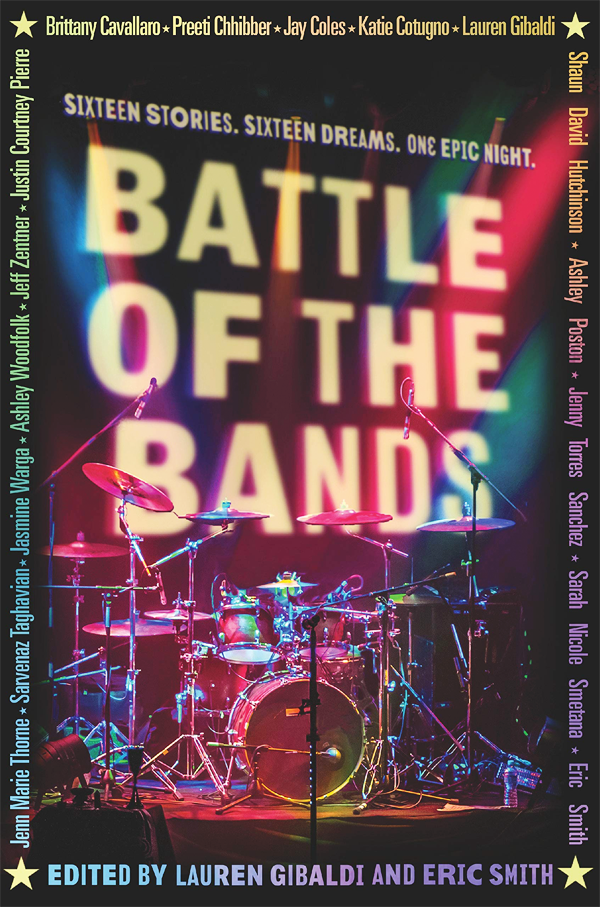 Fifteen young adult authors and one real-life rock star band together for one epic — and interconnected — take on a memorable high school rite of passage.

A daughter of rock ’n’ roll royalty has a secret crush. A lonely ticket taker worries about his sister. An almost-famous songwriter nurses old wounds. A stage manager tires of being behind the scenes. A singer-songwriter struggles to untangle her feelings for her best friend and his girlfriend. In this live-out-loud anthology, the disparate protagonists of sixteen stories are thrown together for one unforgettable event: their high school’s battle of the bands. Told in a harmonic blend of first- and third-person narrative voices, roughly chronological short stories offer a kaleidoscopic view of the same transformative night. Featuring an entry from Justin Courtney Pierre, lead vocalist of Motion City Soundtrack, Battle of the Bands is a celebration of youth, music, and meeting the challenges of life head-on. 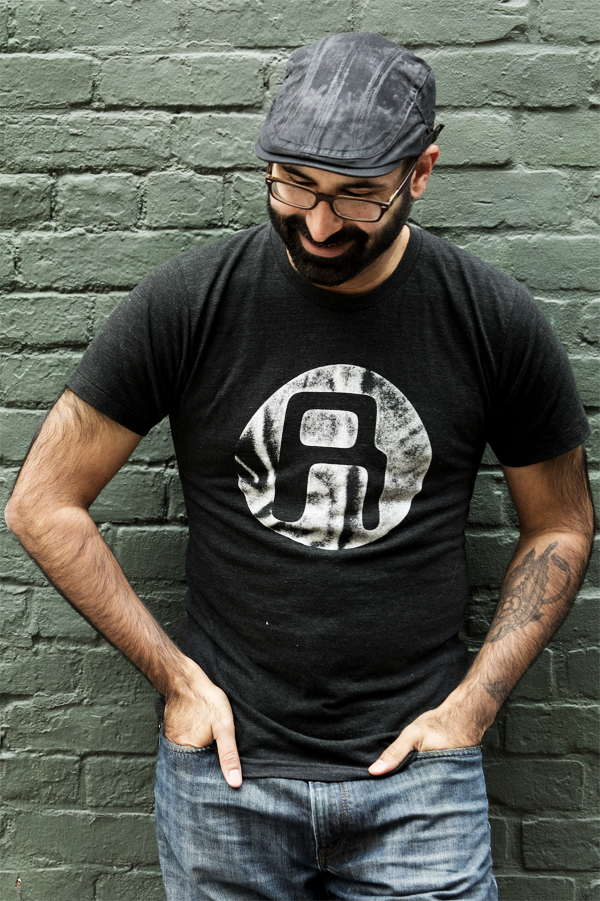 As an agent with P.S. Literary, he’s worked on New York Times bestselling and award-winning books. His recent novels include the YALSA Best Books for Young Readers selection Don’t Read The Comments (Inkyard Press, 2020), You Can Go Your Own Way (Inkyard Press, 2021), and the anthology Battle of the Bands (Candlewick, 2021), co-edited with award-winning author Lauren Gibaldi.

His other books include the IndieBound bestseller The Geek’s Guide To Dating (Quirk), the Inked duology (Bloomsbury), and The Girl and The Grove (Flux). His writing has sold into eight languages.

A lifelong lover of writing and books, he holds a Bachelor of Arts from Kean University in English, and a Master’s in English from Arcadia University, where he currently mentors MFA students. He lives in Philadelphia with his wife and son, and enjoys video games, pop punk, and crying over every movie. 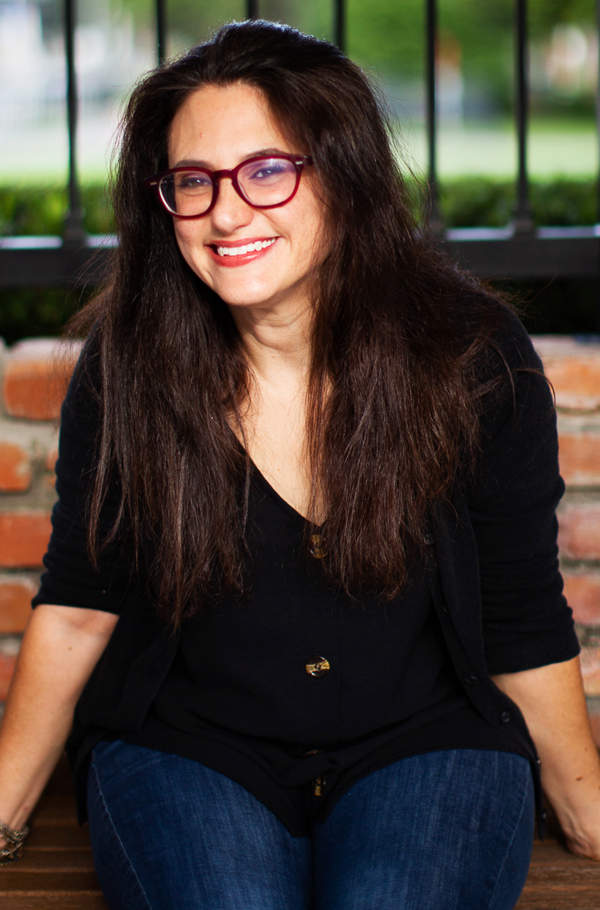 Lauren Gibaldi is a public librarian who’s been, among other things, a magazine editor, high school English teacher, bookseller, and circus aerialist (seriously). She has a BA in Literature and Master’s in Library and Information Studies. She lives in Orlando, Florida with her husband and daughters. Her books include The Night We Said Yes, Autofocus, and This Tiny Perfect World. Battle of the Bands, her co-edited anthology, releases September 2021. She loves pasta, musicals, and cheesy jokes.

Lauren: Like pretty much every teen, when I was in high school, music was my life. Every song felt like it was written to me, dedicated to me, completely understood what I was going through. I understood Dashboard Confessional — I, too, would confess all of my feelings and emotions in the car late at night, driving home from whatever friend’s house I was leaving, while listening to my favorite songs. The Ataris screamed that they were giving up on love, and sure, so was I.

I’d make mix CDs for myself, for friends, using the precise Rob Gordon order — start with something strong, then go up a notch, then cool it down just a bit. The third song on a CD was always my favorite. It’s where Gwen Stefani proclaimed she was “Just a Girl,” it’s where Blink-182 had, perhaps, the most high school of songs, “Dammit.” I worked hard on my third song.

I saw gigs in downtown Orlando, frustrated that at first my parents wouldn’t let me go because it was too far, too dangerous (and, in retrospect, they were right). But eventually with my friends we’d live for those shows, we’d leave sweaty and red cheeked and screaming out lyrics in the dark of the night.

I loved music so much, but I couldn’t quite play it. But that didn’t stop me. My senior year, some friends and I created Candid Apple, an all-girls band with one goal in mind: compete at our school’s Battle of the Band. We were…fine. But we worked hard. And, thanks to some very patient friends who guided us (and literally taught me to play the drums), we had one whole gig — the Battle of the Bands.

We didn’t win, of course, the band that did went on to tour world-wide (for real!), but we used that passion we had, that fire inside us to do something more. To not just sit in the background and watch the show, but to also be part of the act.

And it’s those memories that inspire my books. Those memories have me put The Pepperpots in every story I write. Those nights weave their lyrics into my words. And those events inspired Battle of the Bands. Because music is like life, right? You’re a part of it. You make it your own. You live it.

Eric: I think one of the many reasons Lauren and I get along so well together, but as collaborators in books and as good friends, is our mutual love of music. Our teen origin stories are so wildly similar, from being angsty, only-New-Found-Glory-understands-me teenagers to playing in short-lived bands that, despite how short lived they were, we threw our hearts into.

For me, it was ska bands. I played in a few, was even a guest sax player in some you might know. We were one of those local bands that got to open for all the big folks when they came to town. Opening for groups like Goldfinger, Yellowcard, Something Corporate, The Starting Line… I carry those memories with me everywhere. And if there’s one thing all those experiences did for me, it pushed me to dream bigger as a teenager. When you’re right there, with the lights on you and the soundcheck coming, getting signed CDs from your heroes that you’re sharing the stage with…it’s not impossible to see yourself making that your life.

And even if it doesn’t become your life, it goes on to inspire it. That’s the mistake I think some parents (sorry parents) make when they brush off kids who have dreams to play in bands. It doesn’t matter if you make it. It matters what you make OF it.

I feel like a cursory look at any of my YA novels, reveals a lot of music-heavy nods. A huge emotional scene in Don’t Read The Comments involved the Canadian pop punk group Moneen, and in You Can Go Your Own Way… well, I mean, that title. There’s even a very silly mixtape tucked inside The Geek’s Guide To Dating that recommends you listen to New Found Glory’s cover of Power of Love before a first date.

A love of music permeates everything I do, and even as I write a guest post for this lovely website (thank you Jen!), I’m listening to Switchfoot perhaps a little too loud.

Lauren talks about how memories of music as a kid inspire her books. It’s a big same over here. Music is one of those things that rockets you backwards thanks to the power of nostalgia. A power chord can bring you back to life as a teenager, the right rock ballad can remind you of confusing feelings you had in junior high (why did Third Eye Blind’s Motorcycle Drive By stir up so much EMOTION?!).