Her Story: Ladies In Literature 2018 with Janae Marks 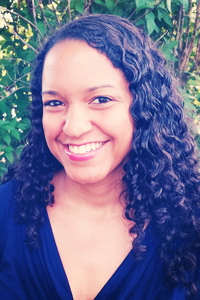 Janae Marks grew up in the suburbs of New York City, where she fell in love with reading and storytelling at an early age. She has an MFA in Writing for Children from The New School. Her debut, From The Desk of Zoe Washington, won the 2017 Tassy Walden New Voices in Children’s Literature award and will be out with HarperCollins Katherine Tegen Books (North America) and Chicken House Books (UK) in 2020. She lives in Connecticut with her husband and daughter.

I became an author in part because of my mother. When I was a little girl and we talked about what I wanted to be when I grew up, my mom always told me that I could choose whatever career I wanted. She encouraged me to chase my dreams. By the time I was in middle school, my big dream was to perform on Broadway. As difficult as it would be to achieve this goal, my mother nevertheless encouraged my passion. She signed me up for dance and acting classes, plus singing lessons. She didn’t blink an eye when I said I wanted to audition for college theater programs. (Spoiler: I didn’t get in.) When I eventually decided in college that writing fiction was more my style, she continued to support me.

This was not the experience my mother had as a child. Growing up in the projects in Harlem, NY, she didn’t have the luxury or privilege to pursue her passions. There was a time when she dreamed of becoming a fashion designer. She had a sewing machine, and learned to sew her own clothes. But her parents insisted that she do something more practical, so she could get out of the projects and have a better life. Her parents wanted the best for her, which for them meant security. So my mom did as she was told — she went to college, got a job in computers, and then as a math teacher. She didn’t totally abandon her interests — she sewed in her free time, making all of my Halloween costumes, plus pillows and curtains for our house and her friends. But she was never truly happy in her career, and always wished she could’ve gone after her dream job. Which is why she made sure I did just that.

I’ve connected with a lot of literary heroines, especially recently as more books featuring girls that look like me are being published. One heroine that has particularly stuck with me is Gladys Gatsby from All Four Stars by Tara Dairman. Gladys is an 11-year-old girl who’s passionate about food and cooking, and dreams of becoming a restaurant reviewer. I immediately saw myself in her, and remembered what it was like to be that age, imagining the day when there’d be no more homework, and I could do what I loved every single day. Unfortunately, Gladys’s parents don’t support her dreams. They think that instead of poring over recipe books and spending time in the kitchen, she should play sports, watch TV, and hang out with friends. It would be easy for Gladys to abandon her cooking. As a kid, when you don’t have your parents’ support on something, it’s hard to do it on your own. Plus, parents know best, right? That’s what my mom thought, but she eventually realized her parents were wrong. Luckily, Gladys figures this out while she’s still a kid.

What I love about Gladys is that she’s too stubborn to let go of her dreams. She’s determined. She knows what she wants, and she’s going to work her butt off to get it. She’s not going to let anyone — not even her parents — stand in her way.

Gladys’s determination reminded me of my own as I pursued publication. I read All Four Stars and its two sequels while I was drafting my fourth manuscript, From The Desk of Zoe Washington — the book that, after years of writing and rejection, finally landed me an agent and publishing deal. As I wrote that book, I dreamed, just like Gladys, of what could come of my hard work and persistence. Just like with Gladys, it paid off.

All Four Stars is a book I would’ve gobbled up as a kid, and I’m so glad I had the chance to read it as an adult. I have a daughter of my own now. She’s not yet three-years-old, so she hasn’t started thinking yet about what she wants to be when she grows up. But when she does, I plan to do what my mom did for me: I will encourage her to chase her dreams. It may not be the practical route, but I will always be her number one cheerleader and supporter. I’m so grateful that my mother is mine. 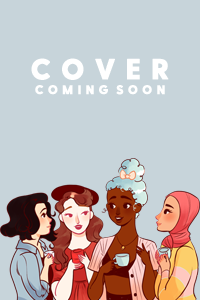 Unaware that her incarcerated father has been writing her letters every year on her birthday, Zoe Washington intercepts the mail upon turning 12. After beginning a secret correspondence with the help of her grandmother, Zoe realizes that not only is the man she’s never met kind and caring, but he may be innocent of his crime.