Her Story: Ladies In Literature 2019 with India Hill Brown 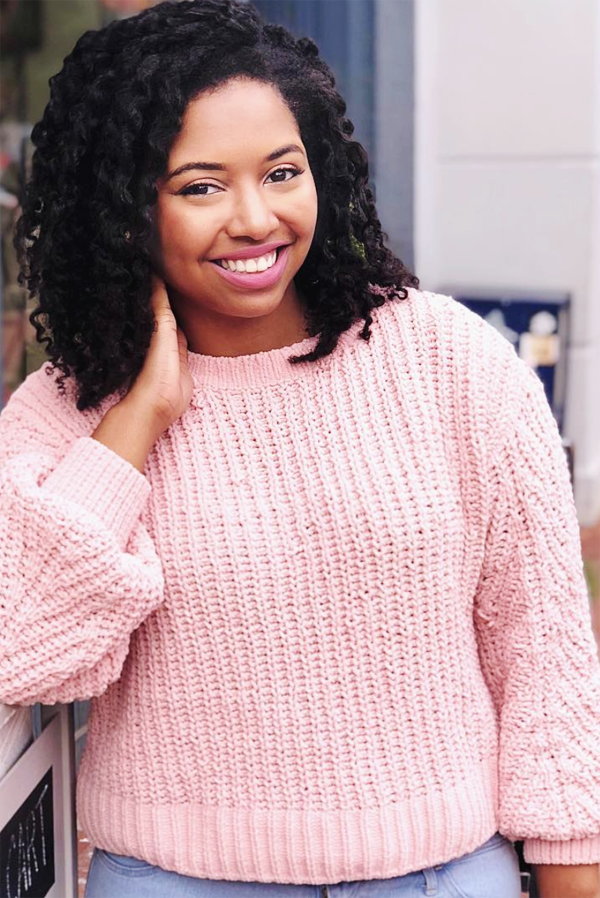 India Hill Brown’s debut novel, The Forgotten Girl, which R.L. Stine says will haunt you, releases this year on November 5, 2019. When she’s not reading or writing, she’s likely talking about reading or writing on her YouTube channel, BooksandBigHair. She graduated from Claflin University with a BA in Mass Communications with a concentration in Print Journalism. Her freelance work has been published in Teen Vogue, Essence, Sesi Mag, Apartment Therapy, and The Everygirl. After living and working in NYC for a bit, she’s back in the Carolinas with her husband. She loves God, family, Beyoncé, and (preferably spicy) snacks.

No matter what personality test I take, I’m always described as the idealistic romantic. I’m an INFP (The Idealist) on Myers-Briggs, an Enneagram 4 (The Individualist), who’s described as the creative who feels everything. This is not a mistake – I can walk into a room and immediately feel what everyone else is feeling. I’m easily lost in thought and can be content, happy even, looking at the way the sun sparkles on a body of water or shines through leaves in the morning – 9am specifically, is my favorite time to do that.

I describe this as wonderment. Like a child, I am easily excited about the simplest things. I called my mom one day to tell her about something funny a beetle did. I took a picture of a huge butterfly that landed in front of me on a walk. I could be described as sensitive, emotional, introspective, quiet.

But still – there is a large part of me that is extremely talkative, about everything and nothing. Not a lot of people have experienced the affects of my temper, but those who have don’t have nice things to say. “You can be harsh, when you want to be. You go for the jugular in arguments.” I’m torn between being the idealistic introvert or the loquacious girl who talks and talks, with a temper full of cruel things to say just lurking under the service. It all depends on the day.

For a long time, I felt torn between these two. Depending on who you ask, you’ll hear “She’s so talkative,” “She’s so quiet!” “She has a sharp tongue,” “She’s so sweet,” and each time, with each thing, I feel a little like a fraud. Is it possible to be all of these things at once?

Then, I stumbled upon one of the most life changing books I have ever read – Anne of Green Gables.

I read Anne at precisely the right time. Life was changing so fast. I had just become a newlywed, working on what would become The Forgotten Girl, and living in my third city in three years. I’d gotten laid off months before my wedding, the news and politics and everything had just become too loud, too painful. I felt the pain of each and every news story, every offensive comment I’d read. I needed time to think, to rest, to sort out my thoughts in peace, but had no time for a vacation.

It had gotten to the point where I didn’t even want to read a book with hard parts. I needed to read something to lull me, soothe me, take me back to the time when I was 9 and could pick up a book and shut the world out and, just for a few days, read something that was extremely happy all of the way through.

I devoured Anne of Green Gables and savored it. It’s a character driven, coming-of-age story about Anne Shirley, growing up on Prince Edward Island. Up until this point, I’d never met a heroine who viewed life the way I did. As an October baby, I’m also glad to live in a world that has them.

Anne Shirley was an orphan with a challenging upbringing, but clung to a hope that there was something better for her. When she was adopted by Marilla and Matthew, she embraced Prince Edward Island with open arms. She found joy in sunrises and flowers and trees and all of the things that I believe God gives us to enjoy when we just need a pick me up.

She was full of wonder and excitement for the next day and the next, though not oblivious to the tough things in life. She allowed herself to feel the sorrow she needed to feel (another enneagram 4 trait) but knew that better days were on the horizon.

I enjoyed reading and relating to her view on life, but really felt the bond when she shouted mean things at Mrs. Lynde for calling her homely, among other things that offended Anne. I saw myself in that chapter, thinking of all of the times that I’d gotten too upset, and shouted cleverly worded, extremely hurtful things at people that were so harsh I’d regret them later. I realized then, that being an intense feeler meant feeling everything intensely, not just the happy moments. Anne was known for her outbursts and stubbornness, but also her joy and optimism and daring to view things through a positive lens. This was life changing for me.

This quote sums it up perfectly: “There’s such a lot of different Anne’s in me. I sometimes think that is why I’m such a troublesome person. If I was just the one Anne it would be ever so much more comfortable, but then it wouldn’t be half so interesting.”

When I finished the story, I purchased the next in the series, and I have the next two on the way. I love seeing Anne mature with that same wonderment we saw when she first arrived at Green Gables.

I’d be silly to think that I’d be the first Black author to write a Black heroine with Anne’s mindset, or the last, but I do want to add one to the lineup. I want a little Black girl to pick up a book of mine, when she just needs a break, and find that solace, that little piece of joy in everyday life from a girl that looks like her.

And although Anne is a white, redheaded, Canadian girl, and I am an African American Southern girl, I’d still like to think we are, as Anne likes to put it, kindred spirits. 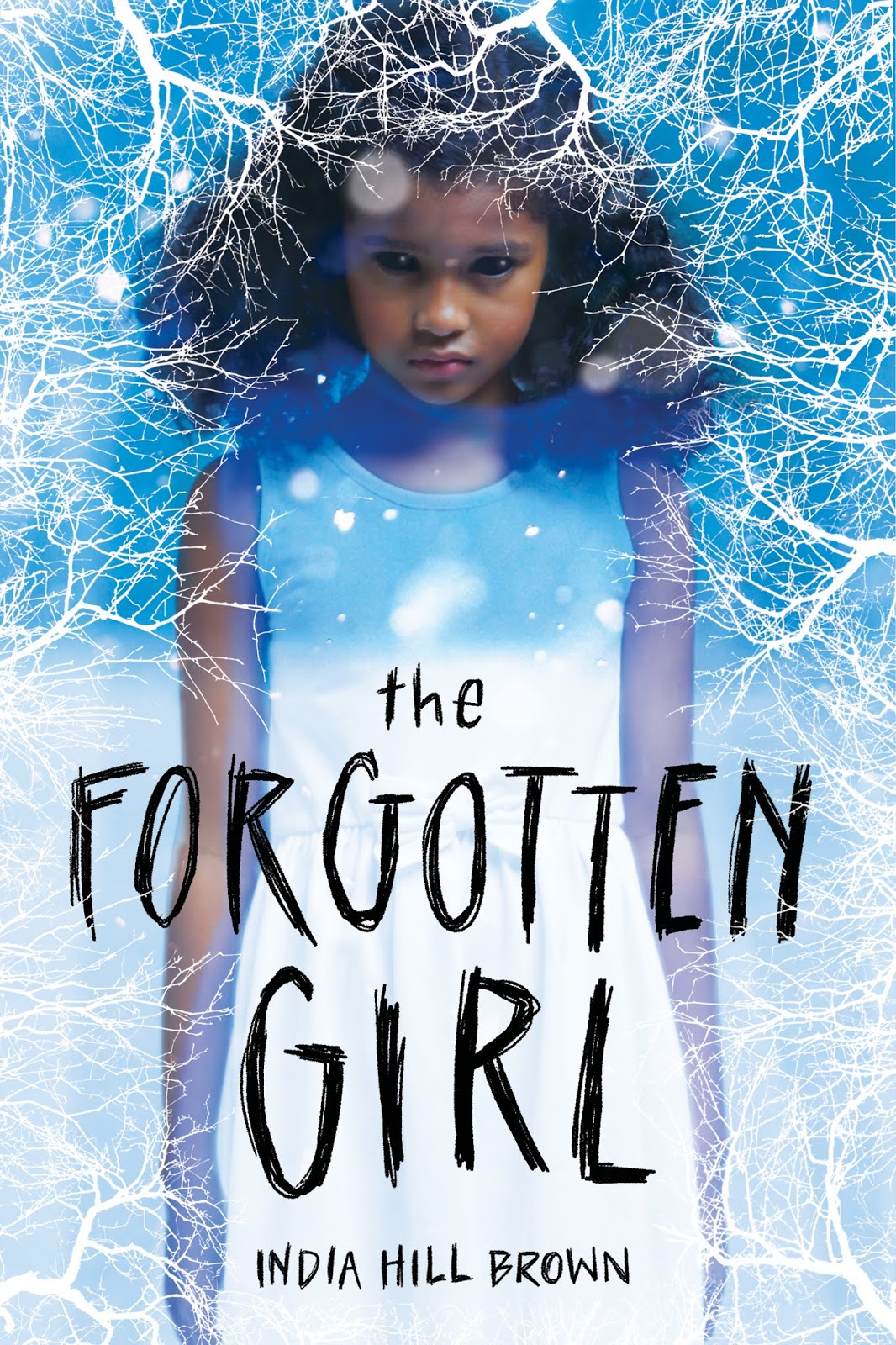 “Do you know what it feels like to be forgotten?”

On a cold winter night, Iris and her best friend, Daniel, sneak into a clearing in the woods to play in the freshly fallen snow. There, Iris carefully makes a perfect snow angel – only to find the crumbling gravestone of a young girl, Avery Moore, right beneath her.

Immediately, strange things start to happen to Iris: She begins having vivid nightmares. She wakes up to find her bedroom window wide open, letting in the snow. She thinks she sees the shadow of a girl lurking in the woods. And she feels the pull of the abandoned grave, calling her back to the clearing…

Obsessed with figuring out what’s going on, Iris and Daniel start to research the area for a school project. They discover that Avery’s grave is actually part of a neglected and forgotten Black cemetery, dating back to a time when White and Black people were kept separate in life – and in death. As Iris and Daniel learn more about their town’s past, they become determined to restore Avery’s grave and finally have proper respect paid to Avery and the others buried there.

But they have awakened a jealous and demanding ghost, one that’s not satisfied with their plans for getting recognition. One that is searching for a best friend forever – no matter what the cost.

The Forgotten Girl is both a spooky original ghost story and a timely and important storyline about reclaiming an abandoned segregated cemetery.