Her Story: Ladies In Literature 2019 with Rebecca Barrow 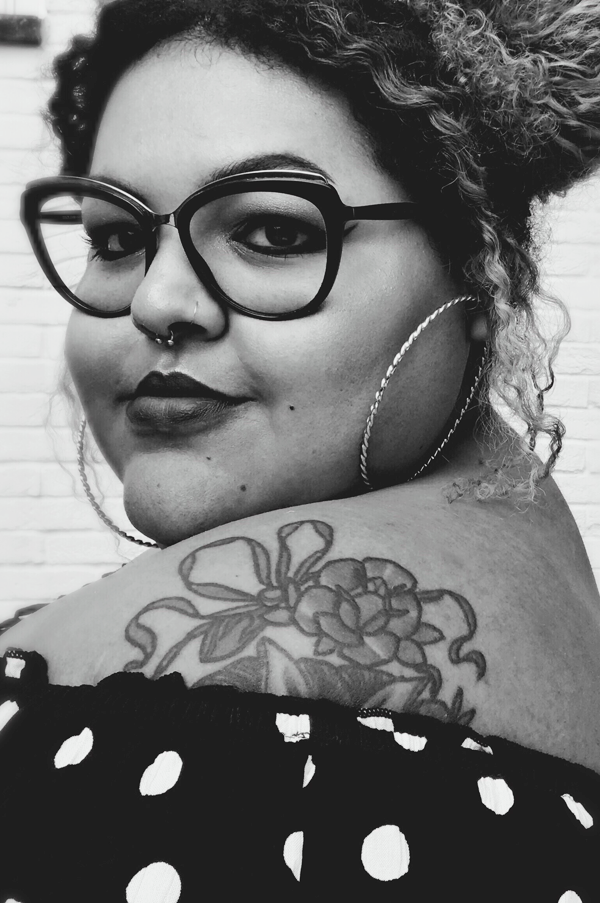 ​Rebecca Barrow writes stories about girls and all the wonders they can be. A lipstick obsessive with the ability to quote the entirety of Mean Girls, she lives in England, where it rains a considerable amount more than in the fictional worlds of her characters. She collects tattoos, cats, and more books than she could ever possibly read. She is the author of both You Don’t Know Me But I Know You (HarperTeen, 2017) and This Is What It Feels Like (HarperTeen, 2018).

Part One: A Non-Comprehensive List of Things Emi Price and I Have In Common:

1. Perfectionism
As a set decorator, Emi fixates on everything looking and feeling absolutely right, according to the vision in her mind. She spends weeks, months, looking for the perfect sofa to finish the room for her first film job; it has to be lived in, worn, the right kind of place for the girl who owns it to lose her virginity. I just spent months looking for the perfect leopard-print cushion covers — not too yellow, not too orange, print the perfect size, the feel of them not faux-fur or velvet but the matte, brushed finish that I like. Almost isn’t enough; when there’s a vision, the reality has to match, or everything will fall apart.

2. Being mixed race
In a way that’s easy to gloss over by people who think they’re being Cool, who say things like “I didn’t know you were mixed race” or “but you’re, like, not really black”. The kind of way where you’re never sure how much you matter or how Real other people think you are, and you want to not care but you still do. The thing is that the world still holds us to certain standards, stereotypes, and if you don’t fit then you don’t count, and so what do you do? Be the real version of yourself, authentically, or the kind that might let other people acknowledge these parts of you?

3. Grandiose expectations that almost never match up to reality
Everything Leads To You is a mystery, and Emi is all in on the romance of it all. Not just the girl she meets — Ava — but that it all means something: the letter they find in an old record, the elderly couple she follows the trail to, the timing and meaning of all these things. For her, nothing is ever something to be tossed aside; all words mean something intense, all discoveries are magic, and yet, and yet, and yet —

You build it all up in your mind — whatever it is, the message or the letter or the date or the weather or the dress you saw and loved and they only had one left and it was your size and it was on sale and what does this mean?

(It means very little, mostly, in reality. But in my mind, and in Emi’s, we let it mean the whole entire world, and even though it so often burns out, sometimes a little burst of magic lets it all pay off.)

4. Liking girls
Emi pretty much exclusively, me a little less so, but in pretty much the same way, an awed-kind-of-intimidated way, a captivated-by-a-knowing-smile way, a soft-hair-and-soft-lipstick-stuck-in-my-mind way.

Part Two: A Pretty Comprehensive List of Things Emi Price and I Do Not Have In Common:

Being a confidently queer teenage girl.

Emi knows who she is and she’s eighteen. It took me until I was 24 to realize I might not be the super-duper-absolutely-NOT-into-girls-totally-het-I-swear person I thought I was, and then another year to actually say it out loud. There’s the thing we talk about when you’re an adult discovering your queerness — the delayed adolescence of it all, going through all the feelings and the discoveries and the angst years outside of the accepted time to be doing all that, when you’re supposed to be grown up and past it all. In Everything Leads To You, Emi has the complicated ex and the girl she used to kiss and the girl she wants to kiss now and it’s wrapped up in this dreamy, faded pink sunset of a mystery. It’s a life that I look at and think I maybe could have had (a little less mystery, a lot less Hollywood) if I had even known that a girl like me, a girl like Emi, could be real. Not just a queer girl (I had read those); not just a mixed race black girl (read those, too); and not even just a queer mixed race black girl, but one who loves exquisitely pretty things, and has big dreams, and chases a mystery, and cries in her car when she fucks up.

I met Emi first when I was 22, slowly beginning to pick at the broken and unused parts of myself. I thought of her when I was 23, 24, 25, unfurling a new me. Piece by piece, petal by petal. I read her story again this year, and I felt it all so much: her chasing this girl, this mystery, a happiness and a greatness and more. I’m 27 now and while I still wish I could have had the kind of confident queer-girl adolescence that Emi did, I realise that I’m okay going through it now — because what matters less than the When of it all is knowing that it can be done, that it’s Real.

That to live an imperfect, messy life of happiness is possible for a girl like her, and like me. 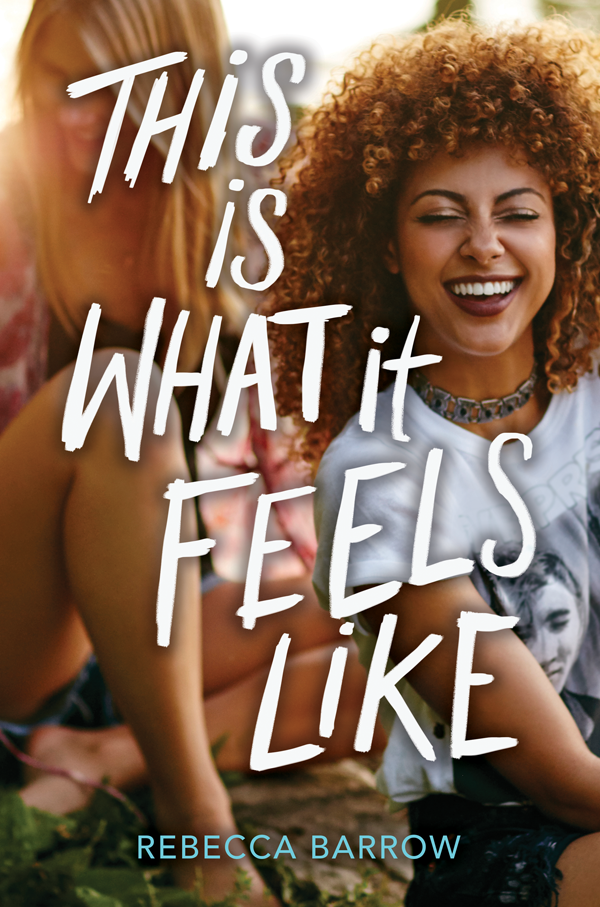 This tender story of friendship, music, and ferocious love asks: what will you fight for, if not yourself? You Don’t Know Me But I Know You author Rebecca Barrow’s next book is perfect for fans of Katie Cotugno and Emery Lord.

Who cares that the prize for the Sun City Originals contest is fifteen grand? Not Dia, that’s for sure. Because Dia knows that without a band, she hasn’t got a shot at winning. Because ever since Hanna’s drinking took over her life, Dia and Jules haven’t been in it. And because ever since Hanna left — well, there hasn’t been a band.

It used to be the three of them, Dia, Jules, and Hanna, messing around and making music and planning for the future. But that was then, and this is now — and now means a baby, a failed relationship, a stint in rehab, all kinds of off beats that have interrupted the rhythm of their friendship.

But like the lyrics of a song you used to play on repeat, there’s no forgetting a best friend. And for Dia, Jules, and Hanna, this impossible challenge — to ignore the past, in order to jump start the future — will only become possible if they finally make peace with the girls they once were, and the girls they are finally letting themselves be.