Her Story: Ladies In Literature 2019 with Sonia Hartl 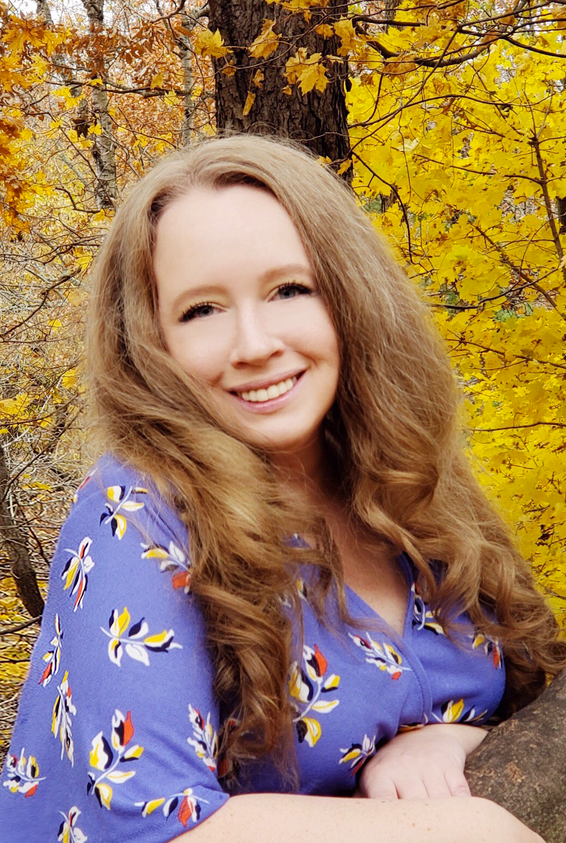 Sonia Hartl is a YA author who calls Michigan home, even though she’s lived in several different states. When she’s not writing or reading, she’s enjoying pub trivia, marathoning Disney movies, or taking a walk outside in the fall. She’s a member of SCBWI and the communications director for Pitch Wars. She has been published in The Writers Post Journal and Boston Literary Magazine. She lives in Grand Rapids with her husband and two daughters.

Growing up, I read a lot of books featuring characters who went on great adventures or had amazing love stories, but it wasn’t until I was an adult that I truly began to find characters I related to. Girls who were like me, messy and flawed and complicated. When I first read Our Year of Maybe, it was like having an x-ray machine held up in front of me, but instead of bones and muscle tissue, this book revealed all the emotional parts of myself I kept hidden away.

Sophie Orenstein is a girl in love, but not the healthy, starry-eyed kind of love where she says all the right things and always has the perfect quip to win the heart of her object of affection. Sophie is co-dependent on a boy who does not romantically love her back. Enough to literally give him one of her kidneys. This was a mind-blowing revelation for me to see explored with so much depth on-page as an adult, because it instantly brought me back to my teen years and made me view so much of my life through a fresh lens.

Here’s the thing no one likes to admit: for most of my teen years I was Sophie.

Not just co-dependent on one boy, but on a lot of boys. I grew up with a mom who found validation in an endless stream of husbands and boyfriends, so the example I had of love going into my teen years wasn’t super great. I thought love meant giving away pieces of yourself until there was nothing left. I thought if I could only be loved back, I’d be okay. But life wasn’t that simple for me, and it wasn’t that simple for Sophie either.

It wasn’t until I got older that I realized I had some pretty messed up notions about love, and it wasn’t until I read Our Year of Maybe that I finally forgave myself for being the girl no one wants to be. Co-dependency and obsessiveness aren’t pretty. Girls like me and Sophie don’t get sonnets written in our honor, we don’t get to be ‘the one who got away’ in an inappropriate Facebook message from an old high school boyfriend, we don’t get to be remembered with anything more than pity, if we’re remembered at all.

But something else Sophie showed me was how incredibly rewarding it is to break that cycle. Learning to love yourself is a hard journey filled with a lot of mistakes and embarrassments, but also all the more precious when it’s something you have to fight for. In most media, and society in general, co-dependent girls are scoffed at. We’re the sad and desperate ones. The villains or the hurdles in the way of people more worthy than us of love. But Sophie showed me that I was more than that then, and I’m more than that now. Girls like us deserve our own happy ending, and we deserve to love ourselves for who we are outside of someone else’s other half.

This is the book I desperately needed as a teen, and am still grateful to have found as an adult. Because Sophie isn’t treated like a joke or an obstacle. She’s funny and sweet and loyal, and when she steps outside of who she is with Peter, does she ever shine. She fights for her self-worth, she fights so hard to find out who she is when she allows herself to be more than just a girl in love with Peter, and her transformation into Sophie as an individual is nothing short of wholly empowering. She is a constant reminder to me that I fought too, and it got better. I found myself too. It’s not something I always had, and so it’s not something I’ll ever take for granted.

Firsts meets Saved! in this standout feminist contemporary that deftly balances humor and heart as it takes a meaningful look at virginity and what it means to lose it.

When CeCe’s born-again ex-boyfriend dumps her after they have sex, she follows him to Jesus camp in order to win him back. Problem: She knows nothing about Jesus. But her best friend Paul does. He accompanies CeCe to camp, and the plan — God’s or CeCe’s — goes immediately awry when her ex shows up with a new girlfriend, a True Believer at that.

Scrambling to save face, CeCe ropes Paul into faking a relationship. But as deceptions stack up, she questions whether her ex is really the nice guy he seemed. And what about her strange new feelings for Paul — is this love, lust, or an illusion born of heartbreak? To figure it out, she’ll have to confront the reasons she chased her ex to camp in the first place, including the truth about the night she lost her virginity.