Her Story: Ladies In Literature with Karen Hattrup 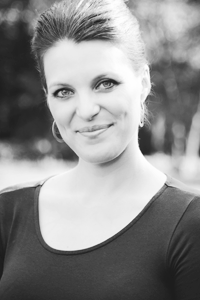 Karen Hattrup grew up in the suburbs of Washington, D.C. with her parents and brother, devouring books from an early age. At Loyola University Maryland, she studied journalism and went on to become a newspaper reporter, first in Maryland and then in Indiana, writing features and serving as an award-winning arts critic. Karen later studied nonfiction writing at the Johns Hopkins University. She lives in Baltimore City with her husband and two children. Her first novel, Frannie and Tru, was published in 2016 by HarperCollins.

When I was little, I read Mrs. Frisby and The Rats Of NIMH over and over again. I read it until the spine was creased and the pages bent and I knew practically every scene, every bit of drama, by heart.

This is a story of a mouse, of a mother, and the stakes are tremendously high. Mrs. Frisby is a widow with four children, foraging for food in a farmyard while dodging cats, birds, humans. When the book opens, the frost is almost gone, which means the plow will soon come through, and she must take her family from their cinderblock winter shelter to their spring home in the meadow before the machine destroys them all. The problem? One of her sons has fallen ill and the trip would kill him.

It’s hard to imagine a character more vulnerable, but what I remember most about her is how often she ran headlong into danger. The fight for her family’s survival is long and treacherous, a series of perilous deeds, but she never hesitates. She is always ready to go places a mouse shouldn’t go, because it’s the only way to find the counsel, resources, and aid that she needs.

What does Mrs. Frisby do for her children? She flies through the air on the back of a crow. She visits the terrifying depths of an owl’s hollow. She passes through the tangled, thorny opening of the rosebush, where a colony of genetically modified rats live in ways she never imagined. And when she sits down with their leaders to ask for help, she stands out for her tiny stature, but for another reason as well.

Mrs. Frisby is a mouse among rats, but she’s also a woman among men.

Ultimately, that’s what makes her so remarkable: that time and again, she enters spaces in which she isn’t welcome or invited, demanding to be heard. Through will and courage, she succeeds. In fact, as the story progresses, Mrs. Frisby becomes not just a friend to the rats, but an ally. In the end, the rats and the Frisbys end up saving each other.

It’s a beautiful story to have read many times as a girl, and Mrs. Frisby is a meaningful character to have become ingrained in my mind in doing so. She’s a heroine so small and yet so fierce, never confined to the place that society assumes for her. 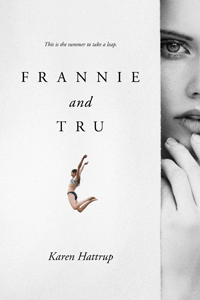 Perfect for fans of Prep and The Perks Of Being A Wallflower, Frannie and Tru is a dazzling YA debut about a transformative summer in the life of a girl whose idol is not what he seems.

Frannie has always idolized her cousin Tru. At seventeen, Tru is charismatic, rich, charming — everything fifteen-year-old Frannie wants to be, and everything she’s not. So when Frannie overhears her parents saying that after a bad coming-out experience Tru will be staying with them in Baltimore for the summer, Frannie is excited and desperate to impress him. But as Frannie gets swept up in Tru’s worldly way of life, she starts to worry that it may all be a mask Tru wears to hide a dark secret. And if Tru isn’t the person Frannie thought he was, what does that mean for the new life she has built with him?

Confronting issues of race, class, and sexuality, Karen Hattrup weaves a powerful coming-of-age story that’s at once timeless and immediate, sharply observed, and recognizable to anyone who has ever loved the idea of a person more than the reality.