Her Story: Ladies In Literature with Susan Adrian 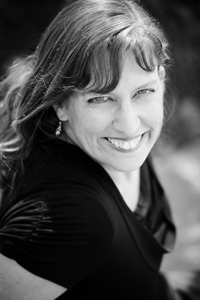 Susan Adrian is the author of the YA thriller Tunnel Vision (2015) and the forthcoming sequel, The Dark At The End (September 2016). Her first middle-grade book (with references to A Wrinkle In Time, of course), Nutcracked, will be out from Random House in Fall 2017. Susan is a 4th-generation Californian who somehow stumbled into living in Montana. She danced in a ballet company and worked in the fields of exotic pet-sitting, clothes-schlepping, and bookstore management. She’s settled in as a scientific editor. When she’s not with her family, she keeps busy researching crazy stuff, traveling, and writing more books. Susan is represented by Kate Schafer Testerman of KT Literary.

No, that’s an understatement. That was sixth grade, and the year of the “I Hate Susan” club at school. Nearly every girl in my class was a member. They would all cram together at one table at lunch and hoot at me when I went to sit down, when I ate silently at a table by myself. They would yell “Beaver” at me on the playground because of my buck teeth. They would turn away as a group when I tried to talk to them.

I was a year ahead at school, so I was already younger than everyone…and the teachers moved me up more grades for some subjects on top of that. Everyone knew I was “smart,” which made me a target. I also was studying ballet, and that year the teacher made my entire class go on a field trip to see me perform in the Nutcracker (as a Marshmallow Child, 5 minutes of fame doing a really simple routine). It made everything worse.

I felt ugly (see buck teeth), too-smart, awkward, and alone. No one understood me.

And then along came Meg Murry, in Madeleine L’Engle’s A Wrinkle In Time

Most of the books I’d read before then had shining main characters: not perfect, but clearly the hero or heroine from the get-go. They were generally good, pretty, and capable enough to get big things done. They were likeable in an easy way.

Not Meg. Meg is cranky with everyone. She’s prickly, stubborn, impatient, gets in fights, and isn’t confident, even though she’s smart. She looks in the mirror and thinks she’s “repulsive-looking” compared to her beautiful mother. She’s never sure what to do.

I loved Meg instantly. She was me.

Meg has a very strong family. She is clearly loved by her mother (I was too). Her father is missing; no one knows where. My father was living and working two hours away at that point, because of job issues. (I didn’t know it yet, but we were on the brink of a messy divorce.) Meg loves deeply — her mother, her missing father, her little brother — but feels helpless. Like I did.

And then she isn’t. Through the magic of the three Mrs. W’s — Mrs. Whatsit, Mrs. Who, and Mrs. Which — Meg embarks on a time-twisting adventure to save her father from the Dark Thing, and the fascist IT. Yet even after that is accomplished, with the help of Calvin O’Keefe and Charles Wallace, she finds that she alone has to go back and face IT to save Charles Wallace.

But she still isn’t perfect. In fact, it’s Meg’s flaws that let her succeed. Before she leaves, Mrs. Whatsit says:

“Meg, I give you your faults.”
“My faults!” Meg cried.
“Your faults.”
“But I’m always trying to get rid of my faults!”
“Yes,” Mrs. Whatsit said. “However, I think you’ll find they’ll come in very handy on Camazotz.”

Meg saves Charles Wallace in the end because she is stubborn, and rude, and won’t give in, but mostly because she loves so strongly. And 10-year-old me knew, without a doubt, that I would’ve been able to do that too. Even though I was ugly and disliked and uncertain, if the three Mrs. W’s had called on me, I could’ve won. Because I was stubborn and smart and loved strongly, just like Meg.

I needed Meg, in all her prickly glory, unlikeable maybe, just as she was. And I’d bet hundreds of other awkward kids did too.

Which is why I write for kids, and why I probably always will. 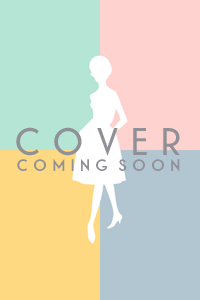 Since her grandfather first took her to see The Nutcracker, Georgie has dreamed of being cast as Clara in her ballet company’s annual Christmas production of the Nutcracker. When it actually happens, it’s not at all as she’d hoped. Her best friend won’t talk to her, her grandfather is in the hospital, and every time she holds her teacher’s antique nutcracker in her arms while she dances, she goes somewhere else. Somewhere dangerous. Somewhere with massive Christmas trees, a three-headed mouse king, and a row of toy soldiers bigger than her. With advice from a new friend, and a chance to mend bridges with her BFF, can she help the Nutcracker prince break the spell before the curtain goes up?