Cover Reveal: A Wolf For A Spell by Karah Sutton

Hi everyone! Happy Wednesday! Today I’m thrilled to welcome debut author Karah Sutton to Pop! Goes The Reader as we share the exclusive cover reveal for her novel, A Wolf For A Spell!

Coming to a book store and library near you September 22nd 2020 by Knopf Books for Young Readers, A Wolf For A Spell is a middle grade fantasy inspired by the Russian fairy tales Karah read as a child and (as the author describes) “speaks to themes of families lost and found, villains turned heroes, and learning for yourself what’s worth fighting for”. Rosanne Parry, author of A Wolf Called Wander, said of the novel that “Karah Sutton has crafted a vivid and rollicking adventure that proves a wolf doesn’t have to be big or bad to win the day!”

Please read on to the see the breathtaking cover of A Wolf For A Spell featuring artwork by Pauliina Hannuniemi, as well as a special note from the author about the cover design process and the origin of and inspiration behind her forthcoming debut! 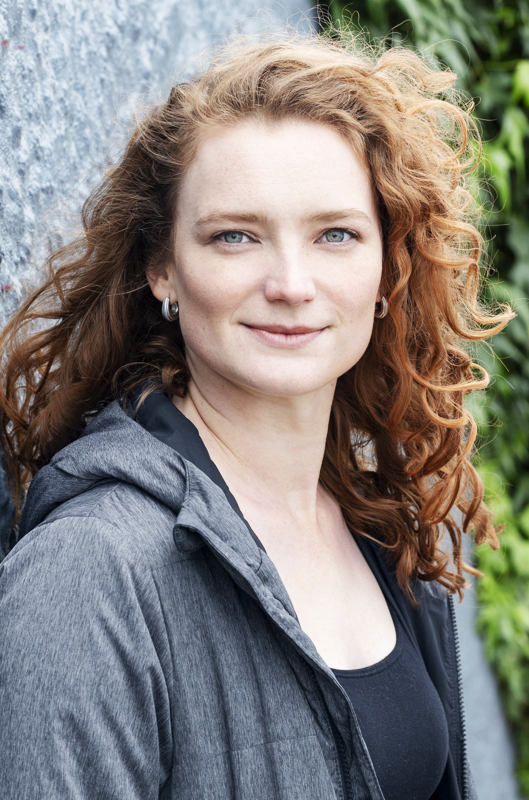 Karah Sutton is a New Zealand/American children’s author who enjoyed four years working in a bookstore before she turned to writing her own fiction. Karah also works in marketing for the entertainment industry, where she has had the pleasure of working with some of the world’s most respected and well-loved entertainment companies including Disney, DreamWorks, Fox, and Cartoon Network.

My editor Katherine Harrison at Knopf Books for Young Readers first sent me a link to Pauliina’s instagram and I fell in love immediately. I’ve been fortunate to work with a lot of very talented artists in my career in video games and film, but I felt a deep, personal connection to Pauliina’s work, likening it to the timeless Russian fairytale illustrations of Aleksander Lindeberg and the whimsical beauty of Tove Jansson. Pauliina’s cover for A Wolf For A Spell captures a world and characters I’ve cherished since childhood.

A Wolf For A Spell began with the idea of a wolf and a witch who decide to save a princess, but it didn’t truly find its essence until I connected it to a collection of Russian fairytales that my mom gifted me as a child. As I reacquainted myself with beloved characters like the shifty witch Baba Yaga, the benevolent gray wolf, the naive Ivan Tsarevich, I found the truth and heart waiting inside this story: that being good or evil was determined by your choices, your actions, and who you choose to care about, despite the risks, not by the perception others have of you.

This story grew out of the things I loved most, characters that touched my heart as a child and ideas that shaped me into the adult I’d become. It is such a privilege to see them rendered so beautifully on the cover, and I dearly hope readers find friends and loved ones among these characters, as I did. 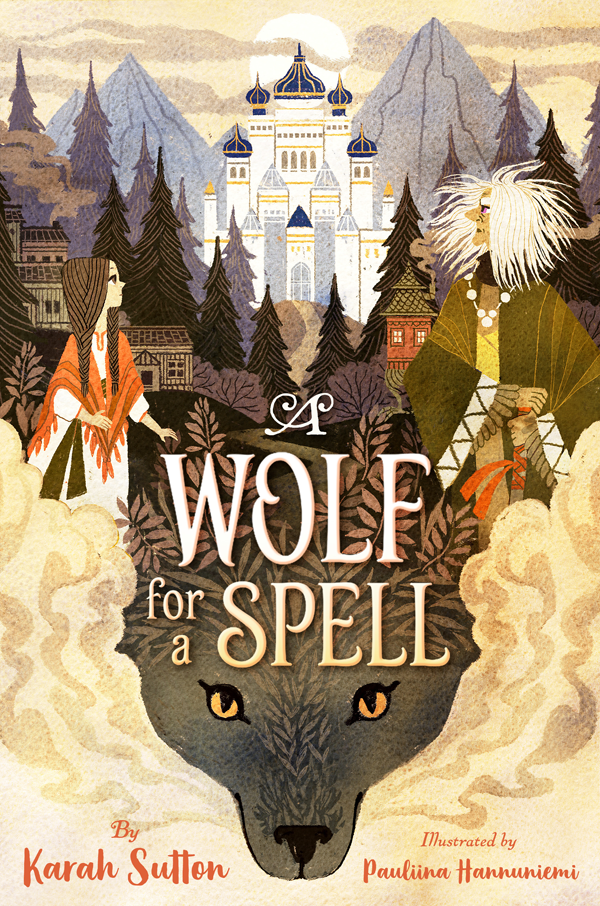 The Girl Who Drank the Moon meets Pax in this fantastical tale of a wolf who forms an unlikely alliance with Baba Yaga to save the forest from a wicked tsar.

Since she was a pup, Zima has been taught to fear humans – especially witches – but when her family is threatened, she has no choice but to seek help from the witch Baba Yaga.

Baba Yaga never does magic for free, but it just so happens that she needs a wolf’s keen nose for a secret plan she’s brewing…Before Zima knows what’s happening, the witch has cast a switching spell and run off into the woods, while Zima is left behind in Baba Yaga’s hut – and Baba Yaga’s body!

Meanwhile, a young village girl named Nadya is also seeking the witch’s help, and when she meets Zima (in Baba Yaga’s form), they discover that they face a common enemy. With danger closing in, Zima must unite the wolves, the witches and the villagers against an evil that threatens them all.